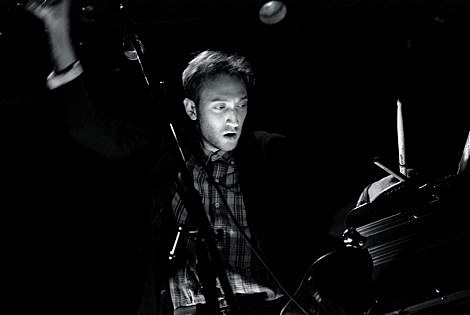 Filter: What were the inspirations (both musical and non-musical) for your first EP, To Swift Mars?

Cale Parks: Musical inspirations include the Yamaha DX7 synth, Roland 707, and Roland 505 sounds, as well as albums by The Durutti Column, Harmonia, Cocteau Twins, Peter Gabriel and anything on the Sincerely Yours label.

Non-musical influences includes the ways in which we imagined a world of the future, The Lost Boys, The Neverending Story, and poverty.

F: Who are you touring with in the upcoming months?

CP: I'm touring with a fantastic band called Lemonade. I'm really, really excited for it. They're such a high energy group live that there may be some onstage jamming, yes. I look forward to the invitation.

F: As a classically trained musician, have you found it easier or more difficult to craft your music for fan acceptance?

CP: This is a difficult question to answer. I guess that some things have come easier, in terms of knowing what type of chords should go after each other, or what notes to put where, that type of thing, but the general vibe of the music is something people are either going to like or dislike. People like what they like, but in some cases they like what they think they should like.

"One at a Time" off of Parks's new Polyvinyl EP is posted above. Check out the tracklist and album art below.

As he said above, Parks will join electro-pop group Lemonade on a somewhat short tour that kicks off Tuesday, August 18th in NYC at Santos Party House. Also on the bill are Dinowalrus, Teengirl Fantasy, and JDH & Dave P of FIXED. Tickets are on sale.

Speaking of Santos, Animal Collective are DJing at the venue tonight, Aug 17, at a benefit for Cinema Nolita with sets from The Virgins and The Beets.

Lemonade recently remixed the title track of Faunts' 2009 album Feel.Love.Thinking.Of, which is posted above with another remix from BK's Home Video. Lemonade have a new music video directed by collective Weird Days, for their song "Big Weekend." That with all tour dates and Cale Parks EP info is below... 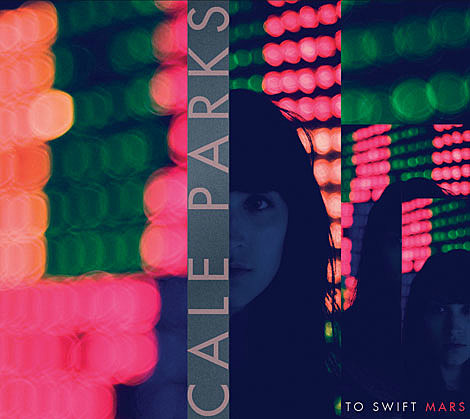 To Swift Mars tracklist
1. Knight Conversation
2. Running Family
3. One At A Time
4. Eyes Won't Shut
5. Crystal Air
6. We Can Feel Its