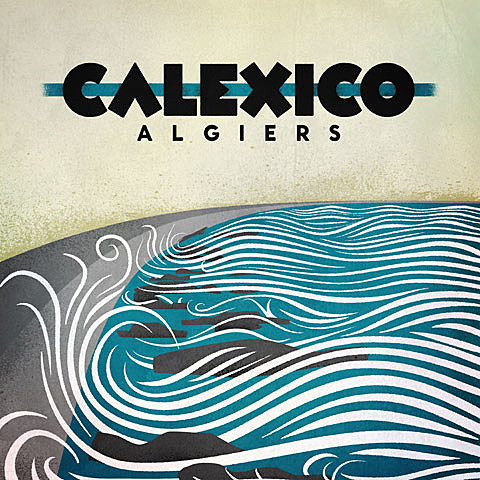 As mentioned in the beginning of June, "Calexico released a video for 'Para,' the first single from their new album Algiers which is out September 11." That's the cover art for the album pictured above and you can watch the video again below.

Meanwhile, Calexico (or its members) have a release in the form of a single song on a reissue entitled "The Inner Flame: A Tribute To Rainer Ptacek", out now (according to Fire Records) or June 26 (tomorrow, according to some sources). Regardless....

Slide guitarist Rainer Ptacek passed away from brain cancer in 1997, but with a new series of reissues, his influential sound will find new ears ready for his progressive approach to guitar playing. Inner Flame, the first of these reissues, was originally released in 1997 as a tribute and benefit compilation. "Be Prepared," off Inner Flame, finds Ptacek working with fellow Arizona musicians Joey Burns and John Convertino, who later formed the band Calexico. [Rolling Stone]

You can download Calexico & Ranier's "Be Prepared" above. Stream the song, along with the full tribute album tracklist below. Or just stream the whole CD at Spinner.

Between now and 9/11 (the new LP release date), Calexico will play a couple of shows - Osheaga in Montreal and Taste of Chicago (in Chicago). A month after the album is released, on October 10th, Calexico will head out on the road with The Dodos for a tour that visits Webster Hall in NYC on October 13. Tickets for that show go on AmEx presale Wednesday and general sale Friday. All dates are listed with the songs below...