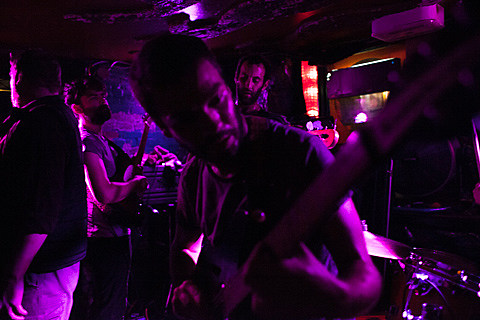 I thought that The Dodos would would be the end of my second day at Pop Montreal until I found out that Calgary's Viet Cong -- the new band from Matt Flegel and Mike Wallace from the defunct Women -- were still playing at L'Escogriffe. (Women's guitarist, Christopher Reimer died last year.) I hurried over to the venue which is about the size of the Mercury Lounge's front bar area only with lower ceilings. When I arrived the tiny place was at capacity and the sweaty, tightly-packed crowd was undulating perilously close to the band. So much so that a bouncer was on stage in front of the band to keep people from tumbling onto the stage.

I made my way into the fray and needed two songs to ride the sway up to the front of the stage where my lens was fogged from the humidity by the time I got there. I was there long enough for one more of the band's brooding, gothy rock songs before the bouncer finally turned around and cut the band off.

Viet Cong's just released their debut, a cassette EP that pretty much finds them picking up where Women left off, opening with the almost powerpoppy "Throw it Away" before delving into darker territory. It's terrific. You can stream the whole thing below.

Pics from POP Montreal Day 1 are here and pics from Day 2 are here. More pics of Viet Cong's POP Montreal show, plus the EP stream, below... 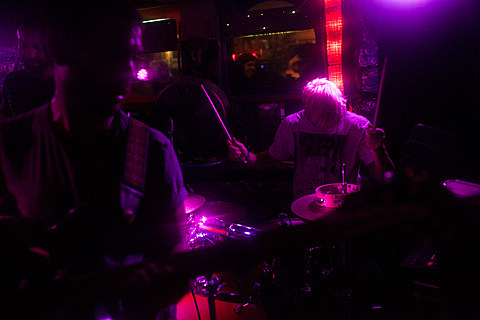 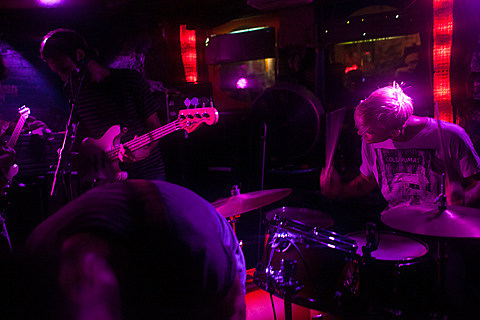 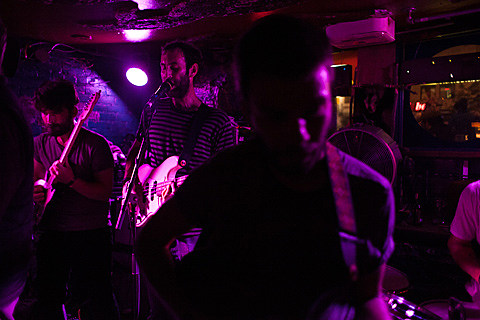 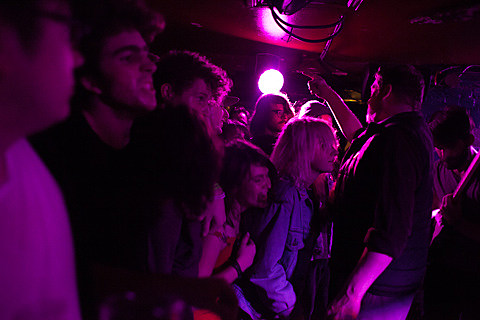 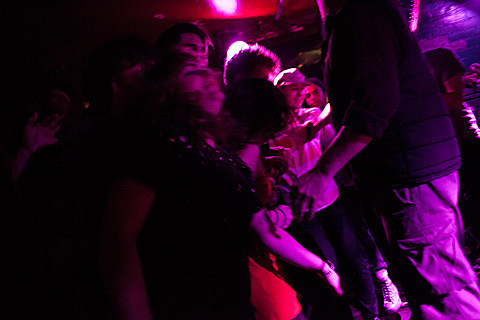 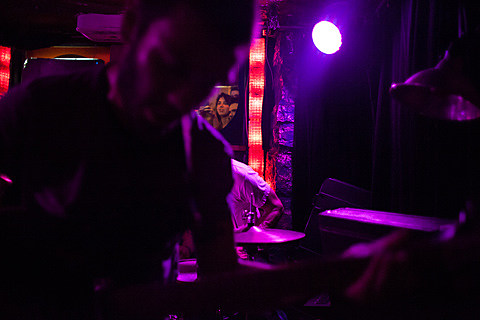