On the set of All My Friends Are Funeral Singers 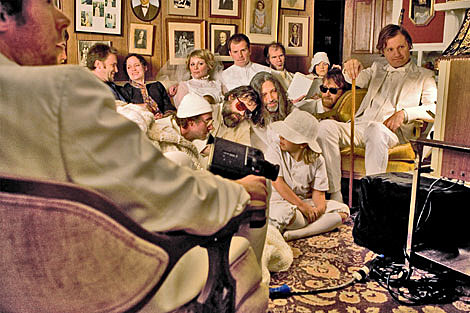 Califone, whose latest album All My Friends Are Funeral Singers is due out October 6 on Dead Oceans, has confirmed nationwide tour dates this fall including stops in Chicago, New York, and Philadelphia, among others. The album marks the highly anticipated follow-up to 2006's Roots & Crowns, which The New York Times calls "enthralling." All My Friends Are Funeral Singers is the companion piece to a feature-length film of the same name written and directed by Califone frontman Tim Rutili. In select cities on the upcoming tour the band will incorporate a full-length presentation of the film into the shows, performing a live, interactive soundtrack to the movie.

The Chicago-based band consists of multi-instrumentalists Tim Rutili, Jim Becker, Joe Adamik, and Ben Masseralla. On All My Friends Are Funeral Singers, the band employs a wide range of instrumentation and electronic effects to create a dense collage of sounds. Instruments range from the traditional (guitar, violin, banjo, percussion) to the unusual (optigan, stylophone, baritone ukulele, mbira, thumb piano). Longtime collaborator and producer Brian Deck (Iron & Wine, Gomez, Modest Mouse) says, "Califone have found a sound unlike anyone else, and are able to draw otherworldly sounds from very common instruments."

The NYC show is October 23rd at 92YTribeca (during, but maybe not part of, CMJ), and it is one of the mutlimedia events that will include the film. Tickets are on sale. New song for download above. Full tracklist, cover art, the movie trailer, and all tour dates, below...

All My Friends Are Funeral Singers 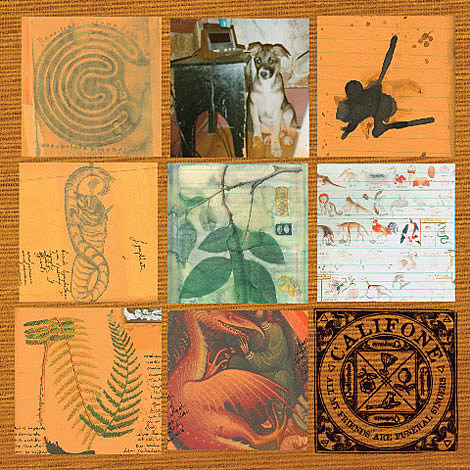