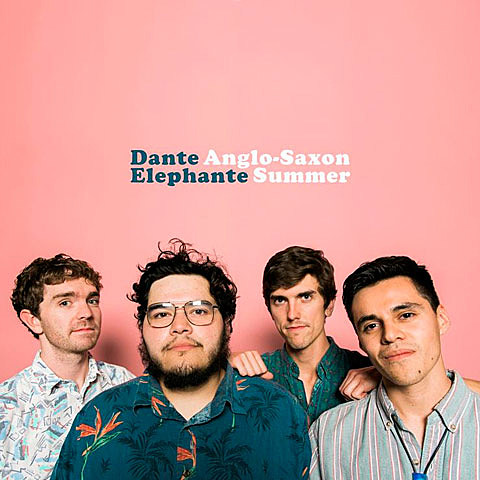 Originally hailing the placid wine country land that is Santa Barbara, CA, guitar pop quartet Dante Elephante seem more of a beer kind of band, banging out surfy jams with big wave hooks. Their new album is Anglo Saxon Summer, which was produced by Foxygen's Jonathan Rado and will be out October 2 via Lolipop. The first single is the fun, breezy "Never Trust a Junkie," and the equally fun video for that makes it premiere here. Who will win the band watermelon eating contest in it? Watch below.