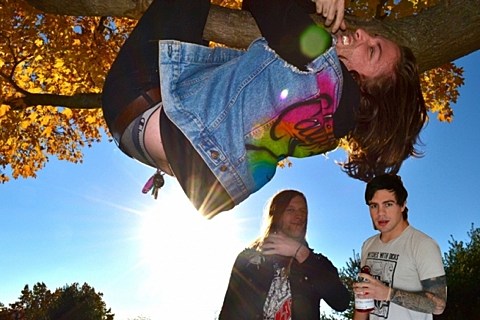 I just caught California X down in Austin for SXSW, and their set was one of the most memorable shows I saw -- much more intense than the already-good record. So it's exciting to know that they'll be back on the Northeast live circuit this spring. They have a few April shows scheduled, including one in NYC which happens on April 26 at Death by Audio. Cali X play third in a lineup of four, which is headlined by DOM and includes openers Moss of Aura (aka Gerrit Welmers of Future Islands) and Spires. Admission is $8 at the door.

All dates are listed, along with a video of Cali X at SXSW, below...