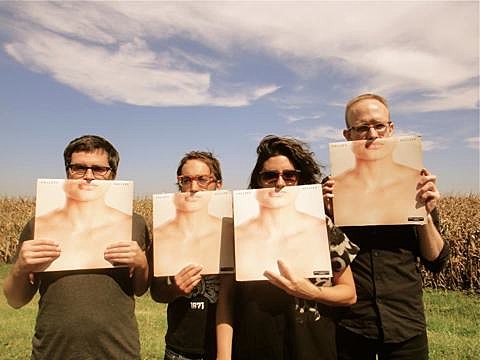 Brooklyn/Providence crew Callers released their third album, Reviver, last year via Partisan. Originally a collaboration between Sara Lucas and Ryan Seaton, Callers are now a four-piece band and if you haven't heard the new album, you can stream it below via Spotify.

The band are gearing up for a March residency at Union Pool where they'll play the first three Thursdays in the month (3/7, 3/14, 3/21). Callers are promising some exciting guests to share the bill with for these shows, including Here We Go Magic's Luke Temple, and Fang Island. As full line-ups (which will include "secret guests") and schedules haven't been finalized, we don't know which dates they are playing (maybe on the same bill, maybe not) but we'll keep you informed. No advance tickets as of right now.