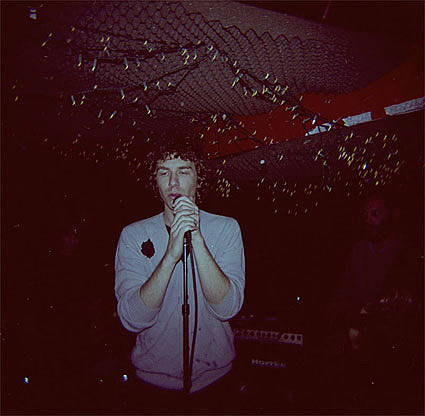 "I think we're simultaneously influenced by post-punk from the '80s and proto-punk music of the '50s and '60s that influenced C-86: [the labels] Postcard, Flying Nun and, of course, Slumberland," said JB Townsend of Crystal Stilts, whose exceptional self-titled debut comes out on Slumberland on Oct. 28. "For instance, the Mary Chain was influenced by Dylan, [Velvet Underground] and Love, so we're going to sound like the Mary Chain if we're pulling from the same tree." [Express Night Out]

Calvin Johnson is in town to DJ not once, but twice this labor day weekend. 'Dub Narcotic Selector' (the name he goes by when selecting records) will be appearing at Glasslands Gallery in Brooklyn on Saturday night (Aug 30) and then again at Santos Party House in Manhattan on Monday (Sept 1). Both events also feature DJ Ian Svenonius, and DJ Jonathan Toubin aka the host of New York Night Train's 'Declassified' which is the name of Monday nights at Santos.

Each Declassified party also features at least one live band. Past weeks have included a 2-piece Trail of Dead, King Khan & BBQ, and the Homosexuals. One of the future weeks will feature a performance by Andrew WK (who also happens to partially own the club). This week Puddin' Tang and Crystal Stilts are the bands that accompany DJ Calvin on the bill.

The Santos gig is not Crystal Stilts' only upcoming NYC show though. In fact, they have at least six scheduled in September. September 6th is for free at South Street Seaport. September 11th is at Le Poisson Rouge with High Places. All dates and flyers below... 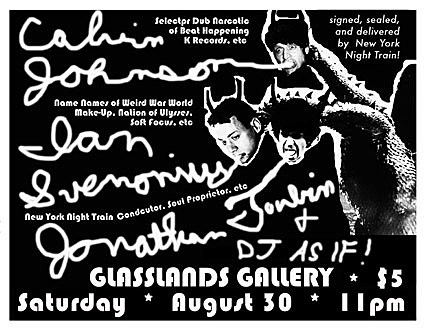 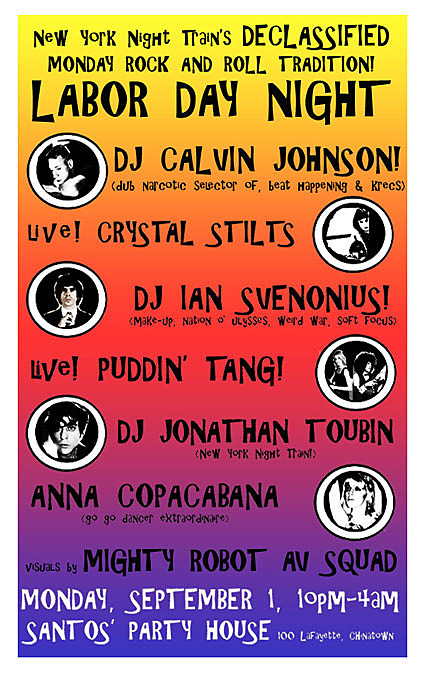 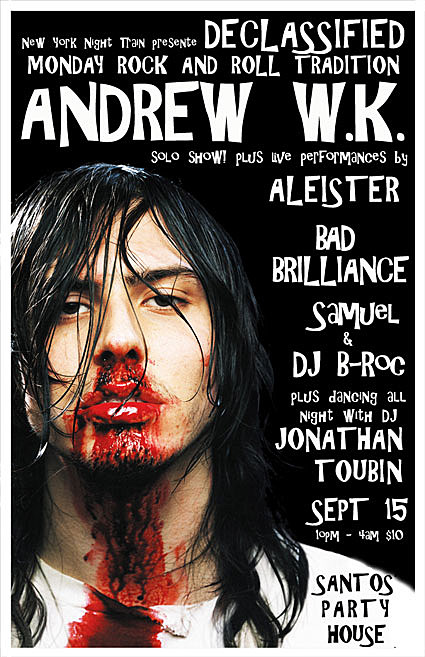 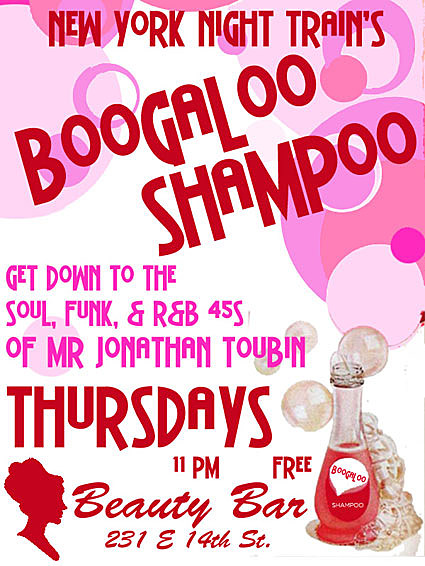