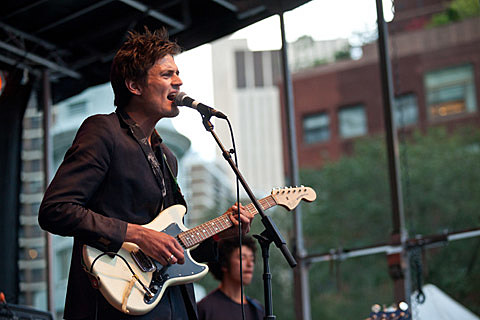 Edmonton, Alberta's Calvin Love has signed with Arts & Crafts and the label will release his new album later this year. You can get an early taste via new song "Daydream," streamable below.

Calvin Love, who'll be at SXSW again this year, will play NYC's Baby's All Right on February 26 and entry to that show comes with a cassingle of "Daydream," and three other tracks (including a Rodriguez cover). That show is headlined by Montreal's SEOUL and tickets are on sale now. Flyer for the show is below. Calvin also plays Toronto's Field Trip Festival in June.

SEOUL, meanwhile, say that the show will celebrate "some very exciting stuff coming out this month" which is exciting as they've only had two songs available to listen to for the last two years. (They're now signed to Grand Jury in the US.) I've seen them a few times both in NYC and Montreal and their blissed-out pop works really well live. Check out "Stay With Us" below. 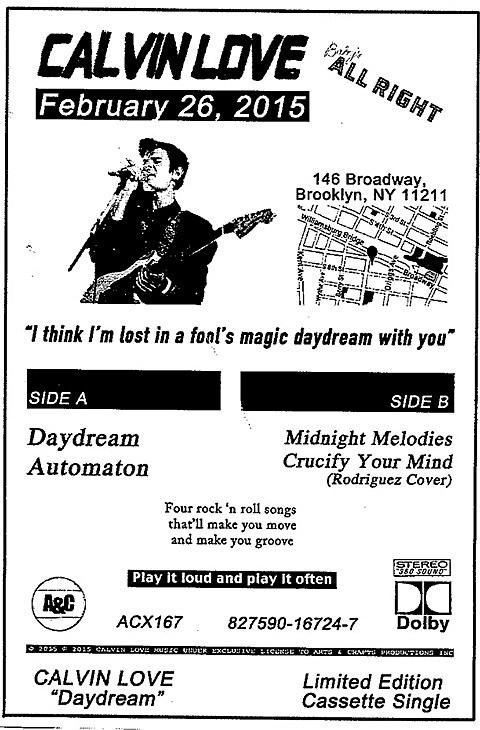