photo: The Loft @ Cameo Gallery in May (more by PSquared) 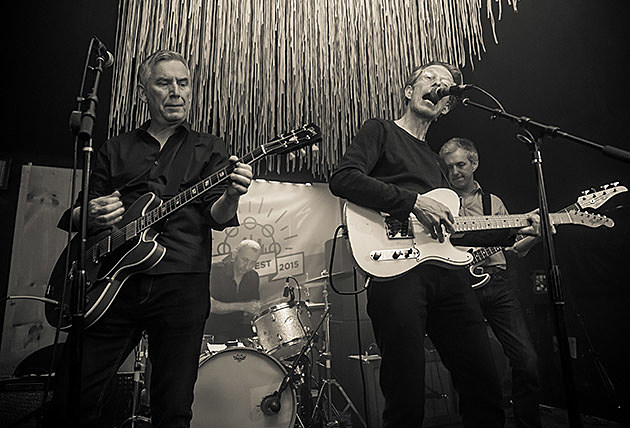 UPDATE: It's official... Cameo will close on November 21.

More changes to the Williamsburg club scene. Though no official announcement has been made (and, update: the club say it's not true), we hear (and have been hearing for a while) that Cameo Gallery will be closing soon. It opened in the back of the Lovin' Cup Cafe on North 6th St in 2008 (who saw Mumford & Sons there in 2009?).

A look at their calendar has nothing booked for September past the 9/19 edition of Mondo!, and only one show for October (Gringo Starr on 10/10). Their streamer-lined ceiling is second only to Glasslands' clouds as iconic Williamsburg club backdrops went. It will be sad to see those go.

UPDATE: Cameo reached out and says this is "all rumors right now! Not true." We hope so!

In the last year, Williamsburg has lost Death by Audio, Glasslands, Spike Hill, Trash Bar (which closed officially on June 27th), and more.

Also: that 9/19 edition of Mondo! will be the last for the long-running indiepop danceparty which is calling it quits after 11 years of playing "This Charming Man" and other favorites. Before Cameo, Mondo! threw down at Don Hill's. We'll miss ya, Mondo.

Check out a few videos from the club, below...