photos: The Catenary Wires @ Cameo in May (more by PSquared) 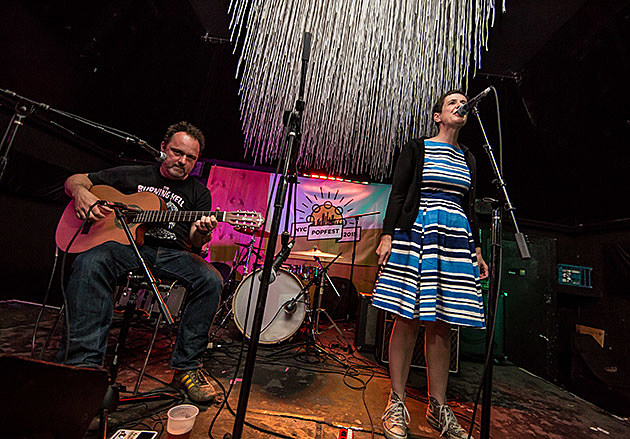 Well the rumors are now true. Williamsburg venue Cameo Gallery will close near the end of next month. They just posted the announcement on Facebook:

As all good things must come to an end, Cameo Gallery will be closing its operations on Nov. 21st, 2015. We are extremely grateful for the opportunity to have been part of an amazing music scene. We want to give a heartfelt thanks to all those who have been a part of our existence since we opened our doors 7 years ago.

The November 21 closing is almost exactly (minus a day) the one-year anniversary of Death by Audio's final night. Cameo says they'll be announcing their final round of shows soon, but in the meantime they'll be business as usual, including a very busy CMJ. As we mentioned before, those streamers were as iconic a stage backdrop as Glasslands' clouds and it will be sad not seeing them -- or seeing shows or dancing -- at Cameo once it's closed. You'll be missed.