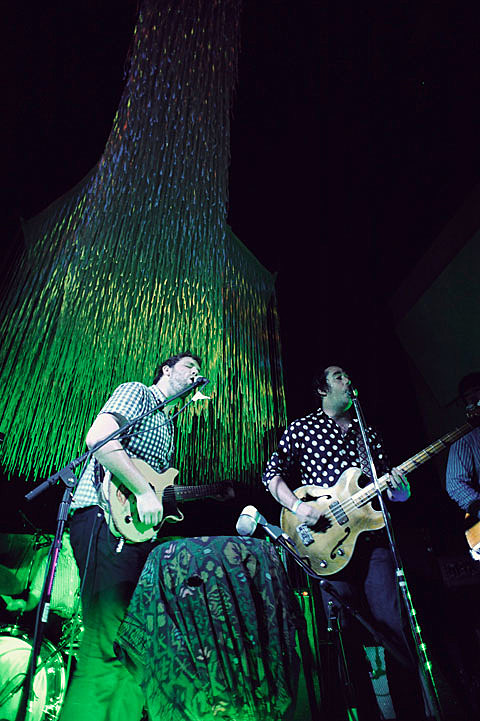 It's the last week for long-running Williamsburg club Cameo Gallery with the final night being Saturday (11/21). There were a few unannounced nights when we last posted but now all has been (mostly) revealed and tickets are still available to all of them. Tonight (11/17) Communion and Wild Honey Pie are presenting the intensely chipper Diet Cig, plus LAUV, Such Hounds, Tropic of Pisces. On Wednesday (11/18) it's Mr. Twin Sister, their good friends Ava Luna, and what they're saying is a "Very Special Guest."

Friday (11/20) and Saturday (11/21) both have early and late shows. On Friday, the early show (7 PM) is Eternal Summers, SoftSpot, Little Racer, and Monograms; then the late show (midnight) is The Juan Maclean live, plus Evan Michael, and another "Special Guest."

On Saturday, the early show (8 PM) is Caveman, the Dave Harrington Group, WALTZ, and HEART ACHE. Then at midnight, it's the last hurrah danceparty with a DJ set from St. Lucia (DJ set), plus Plastic Plates.

Again, tickets are still available for all of Cameo's remaining shows.