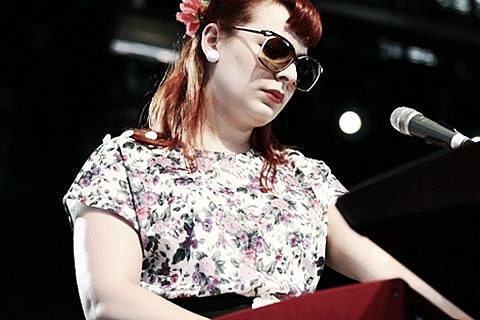 Camera Obscura will pay a visit to Brooklyn Flea on Sunday, June 6th to play a set at the market one day before their June 7th gig at NYC's Grand Ballroom (for which tickets are still on sale). Their 2pm performance will be the first live music at the Flea's Downstairs in the Vault location (located at One Hanson Place/Williamsburg Savings Bank, near BAM/Atlantic Center) (the same place the recent National BAM after-party was held).

[Camera Obscura] will also set up their very own table and will sell their wares, including some items created especially for this event. Since you can't have an "ice cream social" without ice cream, our friends at Blue Marble Ice Cream will be joining in the fun and have created a special flavor in the band's honor - "The Sweetest Cream" in honor of the band's song "The Sweetest Thing" - available with or without honey - in honor of the band's song "Honey In The Sun"!

Camera Obscura will be on a short tour the US following their Sasquatch Festival appearance on May 31st. The Love Language are opening the Grand Ballroom show and others on the tour (plus their own headlining NYC show on July 15th - tickets are on sale).

Camera Obscura also has a new 7" out.

Released on May 17, 2010, 'The Nights Are Cold' b/w 'The Sweetest Thing' is a release they've put together in honour of Richard Hawley, as he has been one of their favourite artists for years. The A-Side features them covering his 'The Nights Are Cold' while the AA is Richard's own remix of their 'The Sweetest Thing' (taken from their My Maudlin Career album of last year).

The cover art, videos of the band, and tour dates are below... 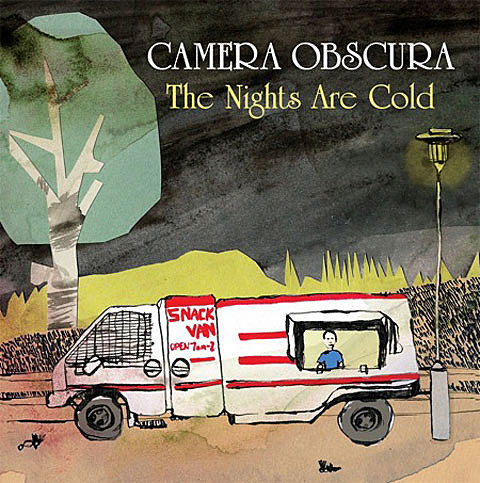