Camera Obscura at Grand Ballroom in 2010 (more by Jessica Amaya) 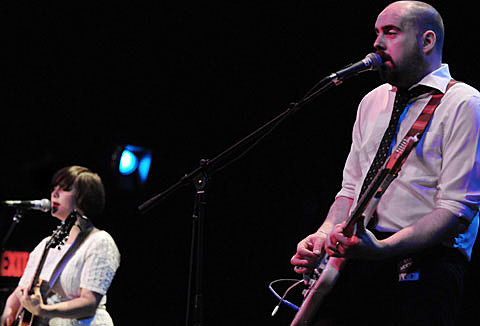 Camera Obscura have been keeping pretty quiet lately. The Glasgow indie poppers haven't released an album since 2009's My Maudlin Career and haven't toured since 2010. They haven't announced any formal plans for 2013 yet but perhaps something is stirring over at the Camera Obscura camp because just yesterday (1/10) they were revealed as one of the bands playing SXSW, and they've now just announced a post-SXSW happening in NYC on March 19 at Le Poisson Rouge. Tickets for that show go on sale Monday (1/14) at 10 AM.

We're not aware of any other dates at the moment. The video for "French Navy" from My Maudlin Career is below...