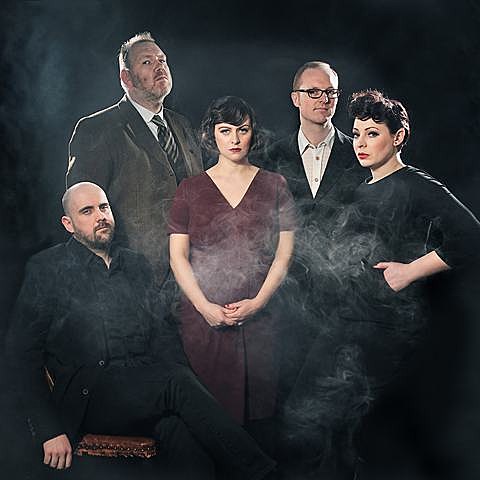 We haven't had a new Camera Obscura record since 2009's My Maudlin Career but that drought will end soon. The Glaswegians will release Desire Lines on June 4 via 4AD. The record was mostly made in Portland, OR last year with producer Tucker Martine (R.E.M., Spoon, My Morning Jacket). Says singer Tracyanne Campbell:

Of all our records this was pretty much the most challenging to write, partly because of the situation we found ourselves in with having to take such a long and uncertain amount of time out, but also because it would be record number five and we were getting harder and harder to please. Working in the US with southern gentleman Tucker Martine was a positive experience. He brought a certain calmness to recording that wasn't there before. We were also delighted to have Neko Case and Jim James sing on the record too. What a treat.

Camera Obscura will be previewing some of Desire Lines' tracks at SXSW this year and, as mentioned, the band will stop in NYC on the way back for a show at Le Poisson Rouge on March 19 (sold out). The band will then be back this summer for the already-announced tour with She & Him that will hit our area for a show at Central Park Summerstage on July 6 and tickets to that are still available.

All 2013 Camera Obscura tour dates are below...