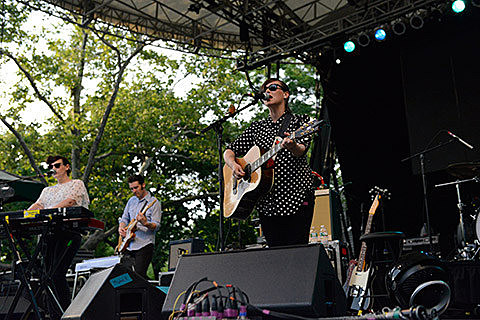 Camera Obscura took time off after last year's tour with She & Him as bandmembers Tracyanne Campbell and Gavin Dunbar both became new parents. The band will be back in action this summer for a short North American tour that includes two NYC shows: Le Poisson Rouge on July 15 and Music Hall of Williamsburg on July 16. Tickets to both LPR and MHOW go on sale Friday (3/21) at noon. All dates are listed below.

In other news, Camera Obscura will have a Record Store Day release -- a four-track EP titled Session which features the 4AD session the recorded in their hometown of Glasgow last summer. You can watch video of that session's "Break it to You Gently" below...

Camera Obscura - Break It To You Gently