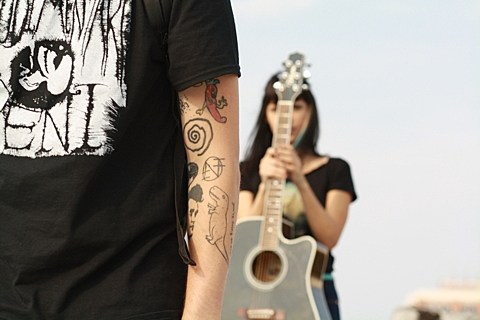 Camera Shy is the duo of Nick Bassett (currently of Whirr, Nothing and Death of Lovers, formerly of Deafheaven) and former Whirr vocalist Alexandra Morte, who are getting set to release their debut EP, Jack-O-Lantern, on June 25 via Run For Cover (pre-order). You've already heard one of its tracks, "Spin Me," and we've now got the premiere of another, "Come Around." Like the last one, Alexandra sings over delicate acoustic guitars, and it's dreamy and poppy, but not hazy enough to be called "dream pop." Her voice is pushed strongly to the forefront, making this perhaps Nick Bassett's most accessible project yet. Check it out below.

Camera Shy don't have any dates scheduled at the moment, but as discussed, Nothing bring their tour with Superheaven (fka Daylight) to NYC on Saturday (6/14) at The Studio at Webster Hall with UnWed (mems Hot Water Music, Small Brown Bike, etc). Tickets for that show are still available.

Stream "Come Around," along with "Spin Me" and the EP artwork and tracklist, below... 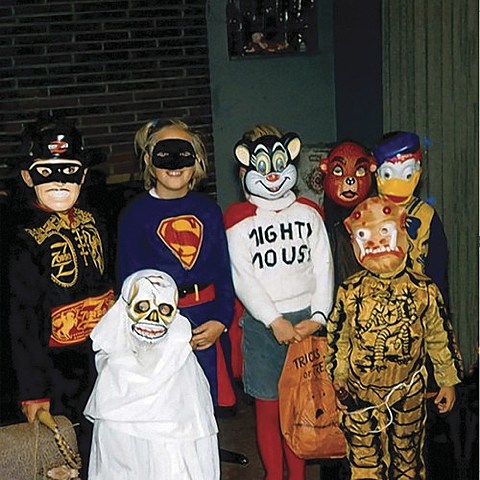