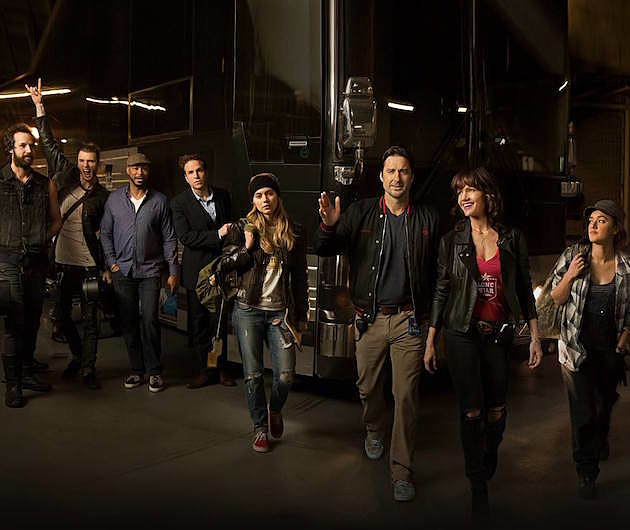 Cameron Crowe is delving into TV, co-creating the new series Roadies for Showtime. It's a world he knows well, having spent a lot of time on the road with rock bands as a teenaged reporter for Rolling Stone, experiences he later turned into his 2000 autobiographical film Almost Famous. This new series, co-created by Winnie Holzman (My So-Called Life, Wicked), is set in the present day and will follow the exploits of the crew behind fictional group Staton-House Band. Here's the official synopsis:

Roadies gives an insider's look at the reckless, romantic, funny and often poignant lives of a committed group of "roadies" who live for music and the de facto family they've formed along the way. The music-infused ensemble comedy series chronicles the rock world through the eyes of music's unsung heroes and puts the spotlight on the backstage workers who put the show on the road while touring the United States for a successful arena-level band.

Luke Wilson, Carla Gugino Imogen Poots, Keisha Castle-Hughes, and Luis Guzman are amongst the show's cast. Cameron Crowe has been in a creative/ commercial funk since Almost Famous with a string of duds (Elizabethtown, We Bought a Zoo, Aloha) but him returning to a place near and dear to his heart, not to mention working with the creator of My So-Called Life, sounds promising. J.J. Abrams is producing.

Roadies doesn't premiere until June 26 but you can watch a trailer for the series below.