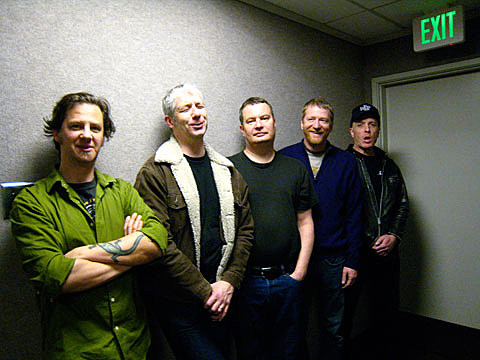 Alt-rock vets Camper Van Beethoven and frontman David Lowery's other band Cracker are going on tour together in December & January. They'll kick off the tour in their home state of California and make their way over the east coast after playing a New Year's Eve show in Chicago, stopping at NYC's Highline Ballroom on January 14. Tickets for the NYC show are on sale now. All dates are listed below.

Earlier this year, CVB went on a short tour playing their 1989 album Key Lime Pie in its entirety. That tour was also with Cracker, who were playing their 1993 album Kerosene Hat. There's no word of what the setlists will be like at these upcoming shows, but according to Monterey County Weekly, CVB are working on a followup to 2004's New Roman Times, so maybe we'll be treated to some new material.

All dates and a video of CVB playing "When I Win the Lottery" in Houston in May...