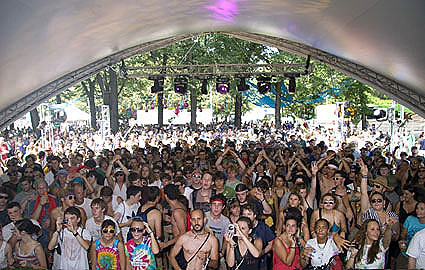 The Canadian music press is aflutter with the news that the conservative-led government cut off funding to a program designed to promote Canadian music abroad. It seems those rascals in Holy Fuck had the audacity to give themselves a name with a bad word in it and get funding from the program to tour the UK at the beginning of 08. The program also supports other varied fine arts including dance troupes and stand-up comedians. When the slashing was announced, the Toronto experimental rock group were singled out as one of the reasons for the measure. The government officials, however, have not gone into detail about what specifically about Holy Fuck's music would, in the words of one official, "raise the eyebrows of any typical Canadian." Scrolling Eye spoke to Holy **** frontman Brian Borcherd about it...

"The attention has gotten a little bit discouraging," Borcherdt tells Scrolling Eye before taking the stage [Wednesday] in Stuttgard, Germany. "We'll come back to our family and friends and, even after getting endorsed in the media in other countries by Lou Reed or Michael Stipe, all the people at home seem to be focused on is why they didn't mention our full name during the announcement for the Polaris Music Prize, or whether or not somebody printed it in a newspaper."

Borcherdt explains that the choice of moniker was a declaration of liberty from a system that made any artist beholden to such language standards. Their momentum owes almost everything to online media, where trifling profanity designations need not apply.

"We chose it for three basic reasons. First of all, it wasn't a band name that was already used before. Secondly, it's a wonderful expression when used in the happiest moments -- it's not like saying 'Fuck You' -- it's something that's said when you're excited or astonished. Thirdly, why not?"

For the typical Canadian (or American) unfamiliar with Holy Fuck, their music is predominantly instrumental and their 2nd record, LP, is (as just pointed out) nominated for this year's Polaris Music Prize which is meant to, you know, represent the best in Canadian music. This is obviously a scapegoating measure and one can only wonder what programs will get the axe next. As pointed out by Sebastian Grainger, a lot of Canadian artists, even established acts such as Nickelback and The Dears receive funding for albums, videos, and tours. 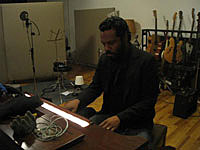 Speaking of the Dears, they've returned. The melancholic, maudlin Montreal band will be releasing their fourth studio album, Missiles, this fall...

I'm not going to lie to you kids: The new Dears album has been completed since April. It is called MISSILES. We have been wandering around the music industry wilderness the whole time, trying to secure a release date for the Fall. It's getting pretty f***ed out there. We thought very seriously about doing it ourselves. But that just wasn't realistic at all. Not in the least. And our relationships with Bella Union and Arts & Crafts had run their course. So at the 11th hour, in walked Dangerbird. Our beloved MapleMusic Recordings is still there for us and will release the record in Canada while Dangerbird Records will release it everywhere else. Should be an interesting/entertaining journey.

Many changes have occurred for Murray Lightburn and company since their their last Polaris-nominated record, Gang of Losers. Chief among them is that everyone, save for Lightburn and his wife Natalia Yanchak, have left the band.

If the track they posted, "Meltdown In A Major", is any indicator, the new record will be another gloriously over the top affair with lush arrangements and pensive lyrics. Tour dates are coming soon...

We [The Dears] are moving to organize some live concerts for October with an almost completely new line up, as a seven piece. We've been rehearsing a couple times a week. It's a bit weird, to be honest, looking around at all the new faces. But it's incredibly exciting to hear the sounds come alive again, and for all the right reasons with all the right intentions. Be excited. It is a new beginning.

So far we know they'll be visiting NYC in October during CMJ. In related news, No Cities Left was just reissued in the USA by One Little Indian Records. 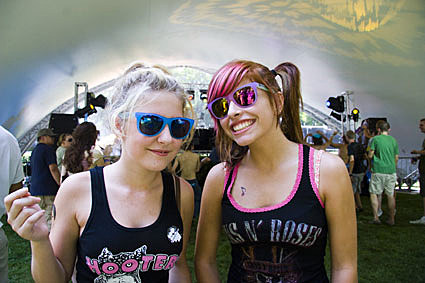 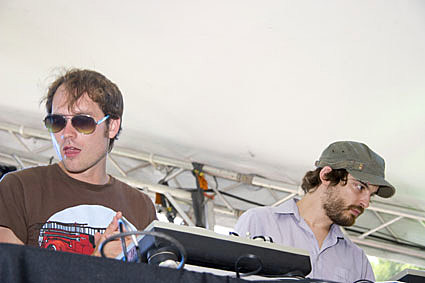 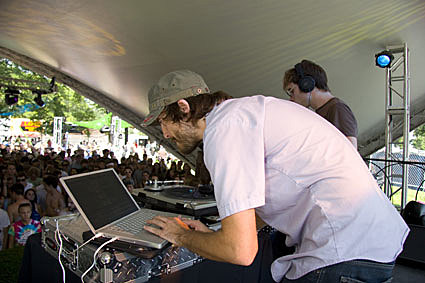 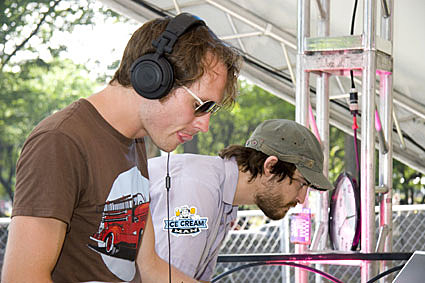 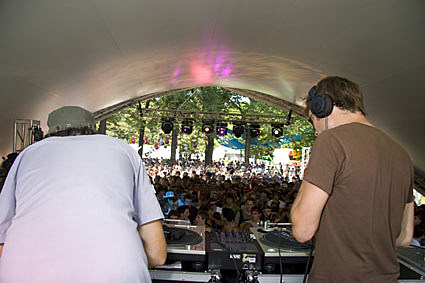 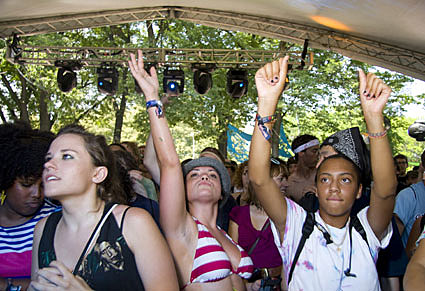