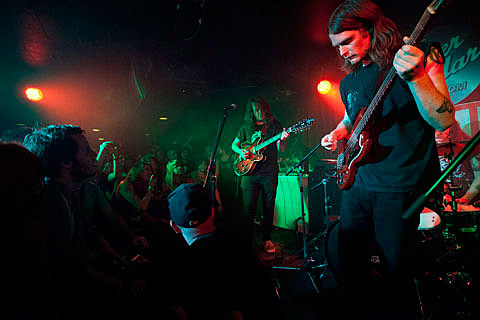 A new set of rules could change the musical landscape of Canada and touring musicians heading to our neighbor to the north:

The new rules, which quietly came into effect July 31, will double, triple or even quadruple the cost of bringing in international artists to perform in bars, restaurants or coffee shops, affecting such local venues for music lovers as The Palomino, Ironwood, Broken City, Blues Can, and the Ship & Anchor, and their counterparts across the country.

The regulations require that any venue with a primary business other than music but which also books bands or performers must now pay an application fee of $275 per musician and those travelling with the band (tour manager, sound person, guitar tech, etc.) when it applies for a Labour Market Opinion, or LMO, to allow those outside workers to perform and work in their establishment. That's also in addition to an extra $150 for each approved musician and crew member's work permit.

Prior to the changes, the fee was simply $150 per band member, maxing out at $450, and that was a one-time fee for them to simply enter the country, which allowed venue owners across Canada to share the nominal cost or book them separately at no extra charge. -[Calgary Herald]

The changes would effectively make it cost-prohibitive for a younger band to tour Canada, and would certainly affect small clubs throughout Canada as well. There is a petition you can sign that hopes to help fight these laws.