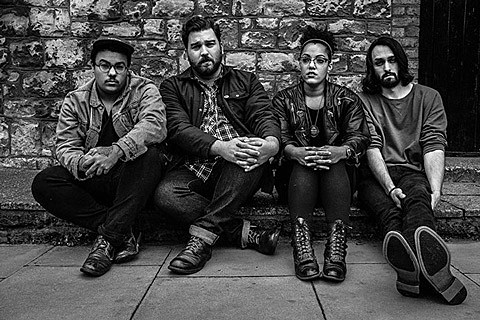 Lethbridge, Alberta's Fist City will release their new album, Everything Is A Mess, on June 22 via Transgressive Records. The band made the album late last year at Steve Albini's Electrical Audio studio in Chicago, with The Men's Been Greenberg behind the board. Ripping through 17 songs in 37 minutes, it's indie rock heavy on energy and attitude, but is accessible at the same time. We've got the premiere of the video for first single "Hey Little Sister" which was directed by Kier Griffiths and tells the tale of a small town misfit just trying to fit in. Specifically, fit into some ghoulish cult. Everyone needs friends. Watch it below.

Fist City will going on a European tour with Girl Band in the fall, so if you'll be over that way (specifically, Belgium and the Netherlands), keep an eye out. Hopfully they'll announce some US shows soon. All dates are listed below...