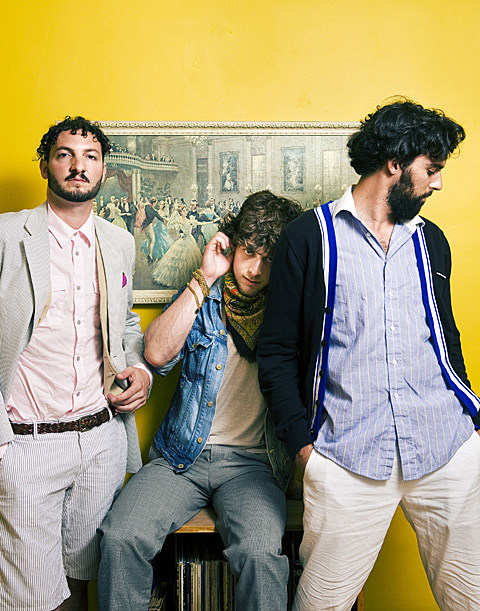 There's never any shortage of Canadians at CMJ but this year... there seems like more than usual. So lets get to it.

On Thursday (10/21) The M for Montreal folks are back for a second year at Arlene's Grocery with eight diverse bands (not all from MTL) they deem worthy of seeing. The band with the most buzz coming into CMJ is probably Kingston, Ontario PS I Love You who play at 9PM.  For a duo, these guys have a pretty giant sound, and their debut LP,  Meet Me at Muster Station, recently got a 8.1 on Pitchfork. You can download two tracks from it at the top of this post. PS I Love You are playing five shows this week ( 20th - 23rd) and all dates are at the bottom of this post.

Capping the evening at 1AM are Acadian hip hop group Radio Radio whose album Belmundo Regal was up for this year's prestigious Polaris Prize. (They lost to Karkwa.) You can listen to the whole record via a widget at the bottom of this post. They are, I'm pretty sure, the only act to rap in the Chiac dialect, which is kind of the French Canadian equivalent of Spanglish. I saw them two years ago in Montreal and they were super fun -- even though I had no idea what they were saying. If you have no Last Show tonight, definitely head over to Arlene's Grocery. It's their only CMJ show.

Also playing the M for Montreal show: our good friends The Luyas who will also play our free day party on Friday (their only other show); Red Mass who bring a touch of theatrics to their Damned-esque garage punk; the low fi garagey folk of Uncle Bad Touch (who get the JEFF the Brotherhood Seal of Approval); Vancouver duo The Pack A.D.; and laid back folk-soul-hiphop group Random Recipe (check out their LP widget at the bottom of this post). 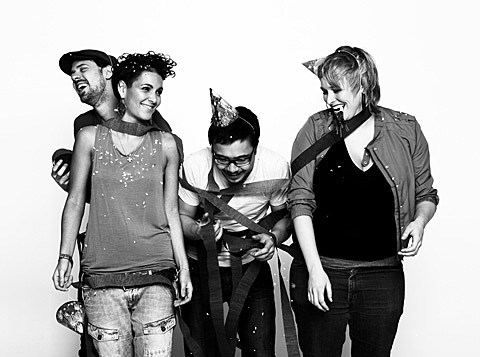 If you show up at 6PM you'll be treated to a little pre show action: dream pop outfit Braids and free poutine, the official drunk food of Montreal (though not vegan). Set times for the whole night are at the bottom of this post. Braids play six times this week and all of their shows are listed at the bottom as well.

The biggest bummer about this show is it happens at the same time as the official BrooklynVegan Showcase at Music Hall of Williamsburg. But you can get a taste of Montreal at our show as Suuns are playing at 8:45 PM. You can download two Suuns tracks at the top of this post. If you dig shoegaze, Krautrock, or Clinic, you don't wanna miss this band. I caught them at Mercury Lounge over the summer and was impressed. If you can't make our show but still wanna see Suuns, they also play later Thursday (11:45 PM) at Pianos as part of the Secretly Canadian showcase. Those are their only two shows during CMJ week. 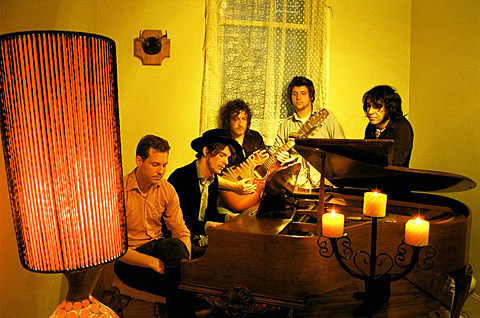 There are more Montreal bands here this week too. One of my favorites, The High Dials, play on Saturday (10/23) at the 269 Bar at 11PM. Their new album, Anthems for Doomed Youth, is another great offering of jangly psychedlia, shoegazy guitars and sunny harmonies. You can download "Chinese Boxes" from it at the top of this post.

You may remember that The High Dials used to have a sitar player who left after the band's first album. That guy, Rishi Dhir, now has his own group, Elephant Stone, whose album The Seven Seas, was up for the 2009 Polaris Prize.  Elephant Stone play the Trash Bar on Thursday (10/21, 10PM). If you can't see them then, Elephant Stone will be back in NYC in November.

More Montreal action: No Joy, who split their time between L.A. and MTL and will have your eardrums bleeding from their awesome, sludgy shoegaze. They play seven CMJ week shows, including the BV day party on Saturday (10/23) at Public Assembly. (Official announcement soon.) After CMJ,  No Joy head out with Vivian Girls offshoot La Sera (who plays a bunch her own CMJ shows) -- all dates are at the bottom of this post.

Time, space and sanity doesn't permit me to go through every single Canadian act here for CMJ, but here's a few more of note:

Toronto synth-disco duo Parallels play two shows on Wednesday (10/20): Backstage (formerly the Annex) at 1opm and then 11:45PM at The Bell House (that's gonna be cutting it close). Check out their track "Find the Fire" at the top of this post. 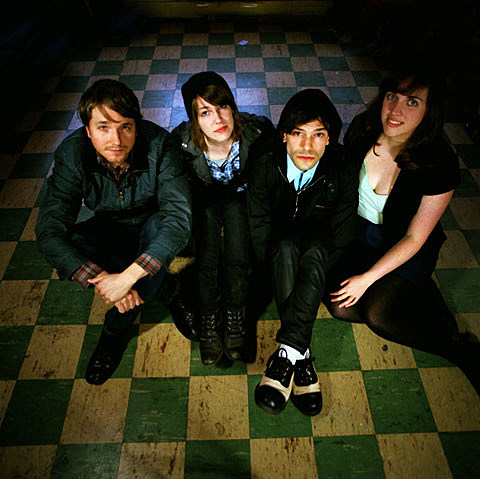 Edmonton, Alberta's cute, frenetic indiepop foursome Hot Panda play two shows on Wednesday (10/20): a day show at Fontanas (2:40PM) and then that night at the Trash Bar (11PM). Check out "Mindlessnesslessness" from the band's new album, How Come I'm Dead? at the top of this post.

And Woodhands, from Toronto, will bring their somewhat nerdy, definitely catchy snyth rock to The Bell House for a midnight set.

Tour dates, some flyers, videos, album widgets and other stuff are below. 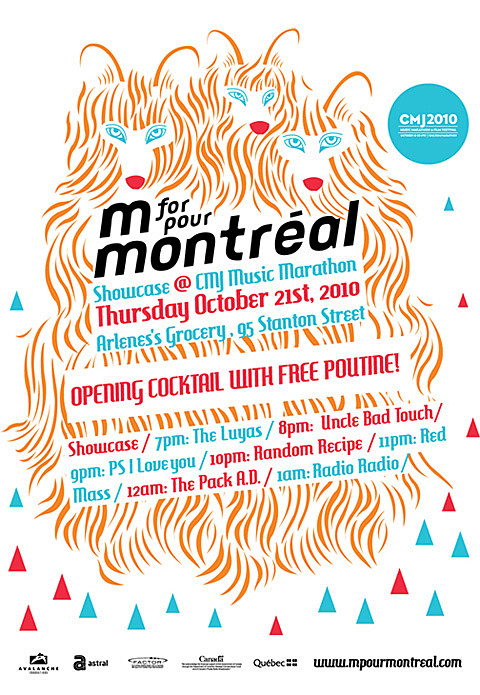 PS I Love You - Facelove 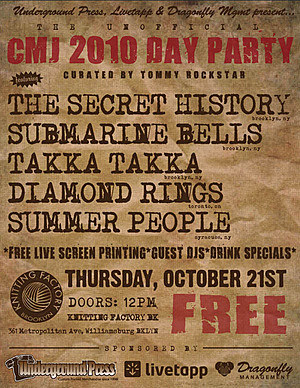