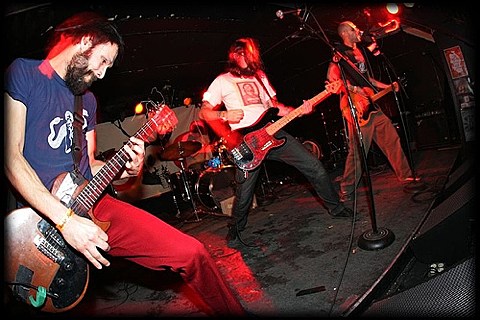 Chicago punks Canadian Rifle have made a pretty good mark on their local scene, opening hometown shows for Swearin', Nude Beach and others, and they're currently taking their show on the road for a tour which is about to wrap up in NYC TONIGHT (1/27) at Death by Audio. They're joined by an excellent likeminded bill of Crow Bait (whose lineup includes Mike of Iron Chic), Pity Party (ex-The Measure [sa]), and Outta Gas. Admission is $7 at the door.

Canadian Rifle's most recent album, Deep Ends, came out this past November on Dirt Cult (the same label who released the Big Dick album). Its a solid record of gruff, melodic punk, and you can stream the whole thing, along with streams from the other bands on the DbA bill, below...

Pity Party - Do A Little Dance