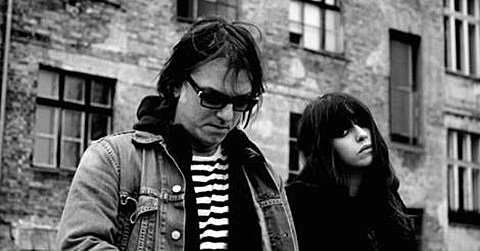 Is your favorite Brian Jonestown Massacre song is "Anenome," the groovy Their Satanic Majesties' Second Request track that featured lead vocals by Mara Keagle? If so, you're likely gonna dig I Declare Nothing, a collaborative new album by Canadian singer Tess Parks and BJM domo Anton Newcombe. While Tess' voice leans a little more towards Courtney Love's rasp than Keagle's smoky coo, there's a very similar vibe going on here. The record includes "Cocaine Cat," which was released as a RSD15 10", and the whole thing's worth checking out. Check out the whole record via Rdio (and a soundcloud stream of "Cocaine Cat") below.

You can also check out the BMJ's Musique De Film Imaginé, which was inspired by French new wave cinema, below as well. Both are out now via Newcombe's label, 'a' Records.