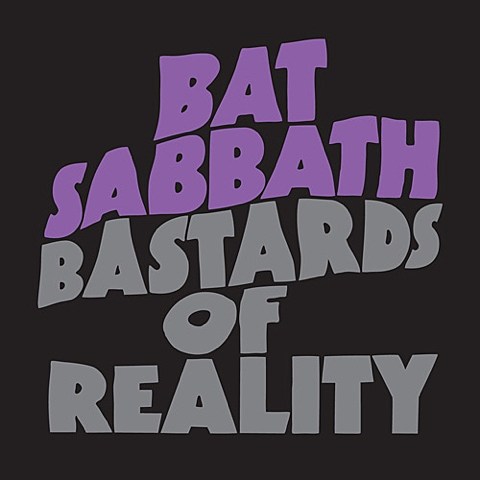 Cancer Bats are in the midst of the previously discussed tour with Red Fang, Indian Handcrafts and The Shrine (dates below), and the day after that tour hits NYC (12/11 at Bowery Ballroom, tix), they'll be taking a night off to play a very special Black Sabbath tribute set at Saint Vitus (12/12) with No Way and Blackest. The Cancer Bats will be performing as Bat Sabbath, which is also the name they used to release their tribute EP which they titled Bastards of Reality (like every other Sabbath cover band). This isn't the first time Cancer Bats have busted out the Bat Sabbath--they've played double headlining Cancer Bats/Bat Sabbath shows before, and toured Canada as Bat Sabbath late in 2011, too. Tickets for the Vitus show are on sale. Listen to Bat Sabbath below.

The real Black Sabbath is touring North America too.

Cancer Bats aren't the only band on the Red Fang tour with a little something on the side. The Shrine is playing a show at The Acheron with Natur, Dirty Fences, and Iron Force on 12/12 too. Tickets for that show are still available.

Updated dates are listed, along with the Bat Sabbath stream, below...