"Highlights from Afropunk for me so far were @Candiria and ST. Amazing sets" - Eddie Pearson 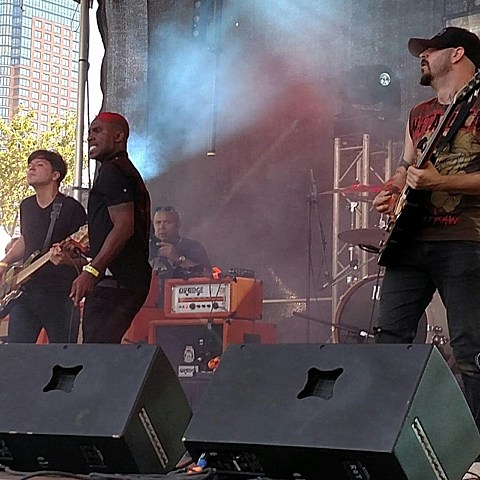 It's happening! After a six long hiatus, Brooklyn's Candiria have announced a return. For our younger fans, Candiria were incredibly influential in the late 90s, implementing facets of jazz-fusion and rap into their songs. The band members decided to "move on with their lives" a few years ago, with drummer Ken Schalk moving to the other side of the country, but have since started making music again.

Metal Injection wrote the above about Brooklyn's genre-defying Candiria last year. The band since played their first NYC reunion show at Black N Blue Bowl in May and then another at Afropunk Festival this past weekend.

Watch a video of their full Afropunk set, below...