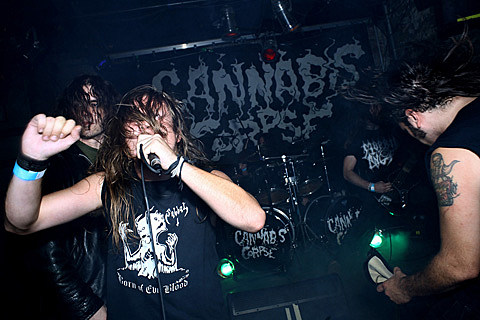 Richmond's death metal and weed pun crushers Cannabis Corpse have announced a tour for February and March with Snafu and Coagula. They'll be swinging through NYC for a show at Saint Vitus on February 28. Tickets for that show will be on sale soon.

Check out those tour dates and stream Cannabis Corpse's 2014 LP From Wisdom to Baked below...