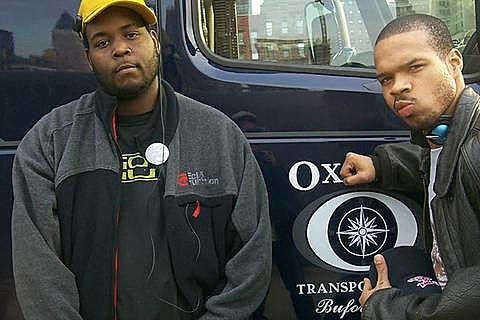 It's been a while since we've heard from Cannibal Ox, the Harlem underground hip hop duo whose only studio album to date is 2001's incredible The Cold Vein (produced entirely by El-P and released on his Def Jux label). One half of the group, Vast Aire, has been releasing solo material and continuing to play live in NYC, but the duo will again join forces for a show at Knitting Factory Brooklyn on December 9. Support at that show comes from C-Rayz Walz, Prop Anon, Double AB, Creature, Ireelz, J.Stylez, and Original Text. Tickets for the show are on sale now.

No word on whether or not the duo plans to record new material, but with the revived interest in Def Jux-style hip hop that's been going on this year with lots of deserved attention being paid to new albums by Aesop Rock, Killer Mike and El-P, it'd be a great time for a solid comeback.

The video for "Painkillers" from The Cold Vein is below.