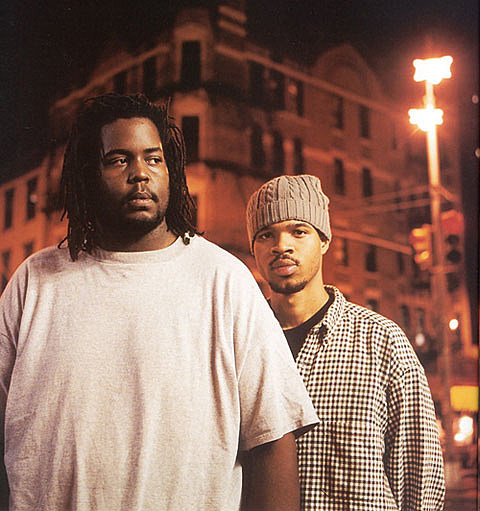 Earlier this week, we mentioned that legendary underground hip hop duo Cannibal Ox are back after a long period of silence and will play a Brooklyn show on December 9 at Knitting Factory. Tickets for that show are still available.

Pigeons & Planes is now reporting that the duo are planning a follow-up to their lone studio album, 2001's The Cold Vein, for a 2013 release. It's not the first time the duo have announced the release of a second album, after having planned one in 2006, that allegedly included production from Pete Rock and RZA. El-P, who produced The Cold Vein said in a facebook post in 2011, "there wont ever be a can ox album produced by me again and thats a fact." Assuming this album actually comes out, here's to hoping El-P goes back on his word.

According to Can Ox member Vast Aire, "We never broke up, but the timing is now right for a new Cannibal Ox LP." He also tweeted that more shows, including some on the west coast, are being scheduled.

The video for "Painkillers" from The Cold Vein, below...