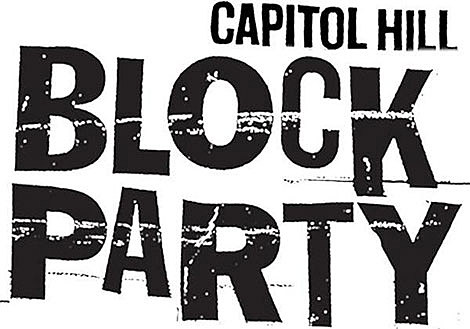 The 2009 Capitol Hill Block Party takes over Seattle's Capitol Hill neighborhood July 24-25. The Block Party is an annual music festival that draws upon and showcases the best indie and underground rock in the US, with a special focus on its Northwest artists. Launched 12 years ago, the Block Party has evolved into Seattle's most anticipated outdoor party. With over 40 bands on 3 stages, great food, and plenty of cheap beer, this is by far the best party of the summer.

Initial lineup (including Jesus Lizard) and more info below...

More to be announced soon....

The Block Party continues to be one of the least expensive festivals in the country.

The lineup isn't quite as packed as Sasquatch, which takes place two months earlier, is about 160 miles away, and runs an extra day. At 1/3 of that ticket price though, Capitol Hill seems to be a pretty good deal.

The Block Party also has Sonic Youth, who aren't playing many festivals this summer, but were also just announced as playing Austin City Limites.