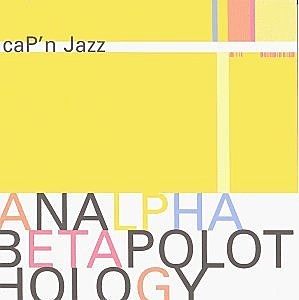 Cap'n Jazz announced that they were officially getting back together earlier this year. At the time we mentioned there would definitely be dates outside Chicago, and they did announce a few more since then. They're playing Forecastle Fest in KY on July 9th (initial lineup below), and there's a Friday, July 23rd show at The Black Cat in DC (tickets still on sale) and a Saturday, July 24th show at Starlight Ballroom in Philly (sold out). No NYC date has been announced yet, but it's coming and I'm guessing it will be Sunday, July 25th at Williamsburg Waterfront aka at one of the eight free Pool Parties still TBA for this summer. But that's still just a guess.

All dates and the initial Forcastle Fest lineup, below...