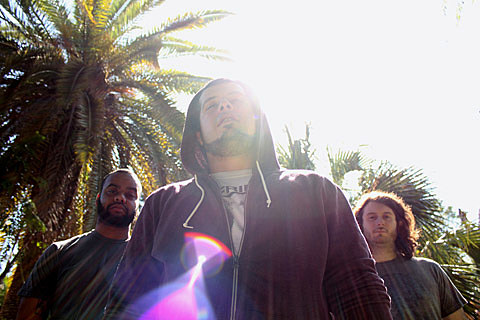 After releasing the triumphant and impressive Blue on Robotic Empire (which was recently repressed), Capsule is back with No Ghost due on April 12th via Rorschach Records. Unmastered versions of the LP show promise; a band that has always impressed with over-the-top technicality piles hooks into their math-y post-hardcore to great effect. Dig on exhibit A from No Ghost, "Neuralize So Numb" which makes its first appearance here, downloadable above/streamable below.

Capsule is on the road in March, and will play Acheron on March 25th with two more bands TBA. Full dates are below. In addition, Eric Hernandez of Capsule and formerly of Kylesa, has another forthcoming show with his other project Shitstorm. You can catch Shitstorm in NYC when they team up with Cripple Bastards, The Kill, Noisear, and many others at Public Assembly on 5/25.