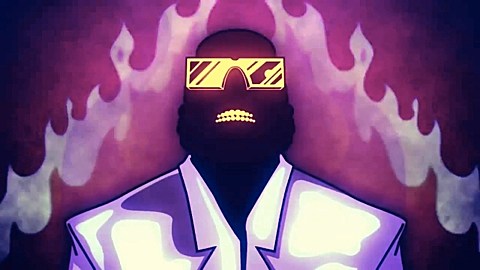 As mentioned, Janelle Monae collaborator Erykah Badu (under the name DJ Low Down Loretta Brown) is coming to NYC during the Red Bull Music Academy residency to DJ a Brainfeeder Session at Music Hall of Williamsburg on Tuesday (4/30), which is now sold out. We hinted at Flying Lotus being a special guest at that show, but we just found out it's arguably more exciting than that. He'll be there, but not for a Flying Lotus set. Instead, he'll be making the NYC debut of his rap project Captain Murphy. Plus, the bill will include rap duo The Underachievers (who play a free show in June), Teebs, Azizi Gibson, and PBDY.

We're also giving away tickets to the Flying Lotus shows at Terminal 5, which are also part of the Red Bull Music Academy residency.

Show flyer and a Captain Murphy video below... 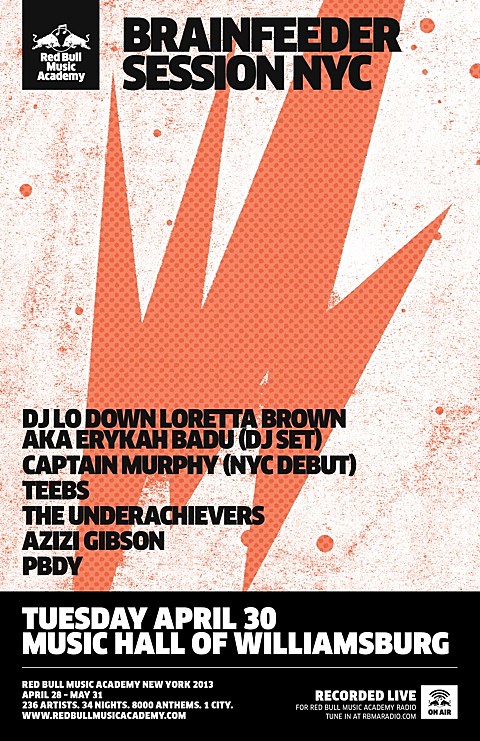