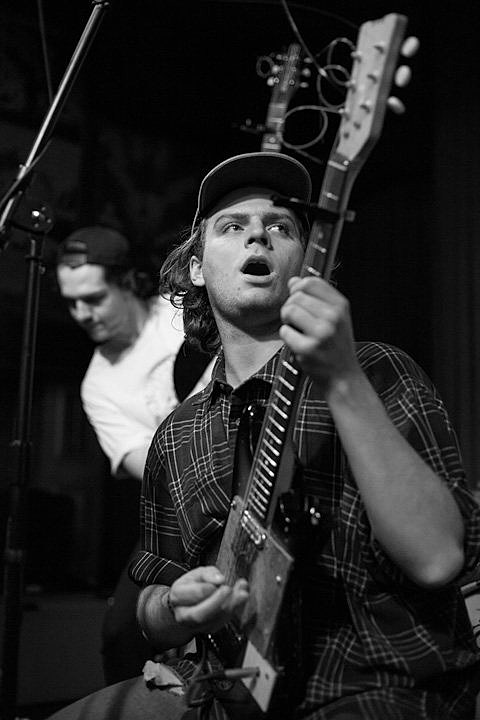 If you could go back in time and give yourself one piece of advice right before the first two captured tracks releases.

Mike Sniper: I honestly don't think I'd do anything different, I know that's a boring answer. Maybe to have 4x the amount of money when starting it. Stuff like that, things that are out of my control.

What do you envision for the next five years of Captured Tracks?

I don't like to play the future game. Just keep doing what we're doing and let the chips fall where they may. - [Captured Tracks]

Captured Tracks started in 2008 as a way for Mike Sniper to release his Blank Dogs records. The label grew the next year with releases from Dum Dum Girls, Woods, Grass Widow, The Beets, Wild Nothing, and more. In just a few short years, Captured Tracks has gone past its lo-fi origins to become one of the more respected indie labels around, and this year has released (or will) a few bona-fide pop records, including Widowspeak's second album, Wild Nothing's Empty Estate mini-LP, and MINKS' terrific second album, Tides End, which is out in August.

In celebration of five years in existence, Captured Tracks is throwing a two-day party, called CT5, at The Well in Bushwick on August 31 and September 1 that features most of the bands on its active roster, including DIIV, Mac Demarco, Wild Nothing, Blouse, Widowspeak, MINKS, Soft Moon, Soft Metals and more.

Single day tickets (8/31 here; 9/1 here) are $30; two-day passes are $55 and include a discount on used goods Captured Tracks' retail outlet which will open at 195 Calyer St. in Greenpoint this August; and there's an ultra-two-day pass ($100) that includes a gift bag with exlclusive merch and a store discount.

Full CT5 line-up and flyer are below. 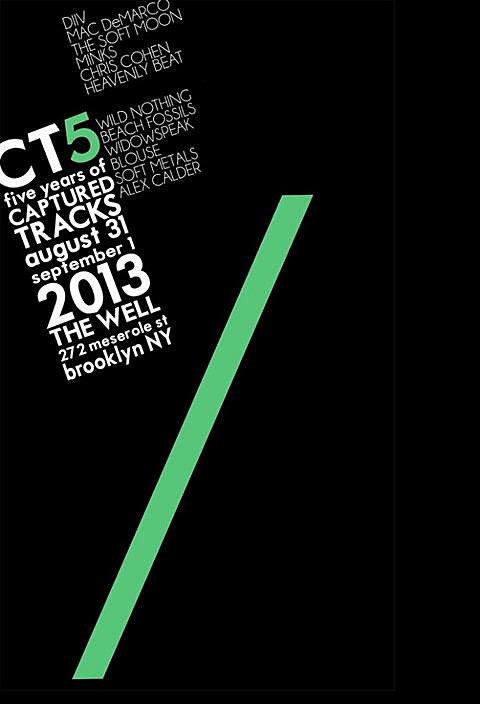