Carcass at Gramercy Theatre in September (more by Greg Cristman) 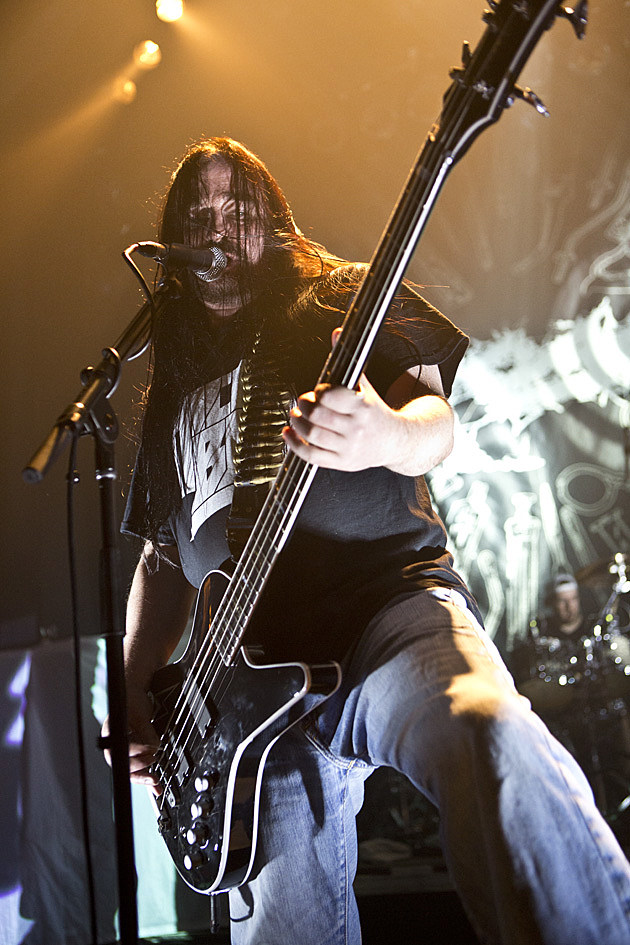 Carcass, The Black Dahlia Murder, Gorguts and Noisem are teaming up for the Third Annual Decibel Magazine Tour, which is already making a case for one of 2014's best lineups and showcases both the worthy veterans and up-and-coming. Old school death metal pioneers Carcass put out one of the year's top metal albums in Surgical Steel--a triumphant comeback that earned Decibel Mag's top album of the year on their Top 40 Albums of 2013 list--and it was just a few months ago that the band leveled Saint Vitus and played Gramercy Theatre. The same accolades apply to Gorguts, whose Colored Sands, the band's first album in seven years, landed at number three on Decibel's list. Youngsters Noisem, who scored number nine on the Decibel list, have been wowing everyone wherever they go with their chaotic, shot-in-the-arm thrash. They just wrapped up a tour with melodic death metal vets Black Dahlia Murder, who will provide direct support to Carcass.

This is possibly the unsexiest Decibel Tour lineup yet," he quips. "We're all bringing the 'girth' back to the U.S., along with gray hair and sensible footwear. But it's the music that matters, right? Just close your eyes and think of England. If that fails, think of Tampa.

The tour stops in NYC at the Best Buy Theater on Friday, April 11. Ticket info is forthcoming at the Decibel tour website. Check out the tour dates below...