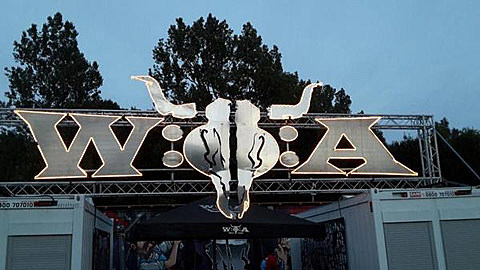 Wacken Open Air Festival, Germany's all-out metal extravaganza, happened over the weekend. Interested in attending next year? Too late, Wacken's 75,000 tickets for 2015 sold out in about 12 hours. However, maybe you can take solace in watching the decently shot videos that have made their way online from 2014, including full sets from Carcass, Motörhead, Amon Amarth, the Devin Townsend Project, and Emperor, whose frontman Ihsahn answered some of Invisible Oranges' questions last month. Check out those videos and a few others below.

Speaking of Motörhead, they were part of a feature by Joseph Scafer on "critic-proof" bands. The IO article takes on a number of artists that are nearly universally loved, yet are no longer critic darlings. It's an interesting take and one that has already generated its fair share of conversation.

Also included as a critic-proof example was Overkill, who will be playing the, uh, "eclectic" Heavy Montreal this weekend. Then, in September, Overkill hit the road with groovers -- and something of a critic-proof entity themselves -- Prong. Though Overkill won't be making a stop in NYC, Prong will. They'll play the Gramercy Theatre on September 30. Tickets are on sale.

All of the Wacken videos -- including Devin Townsend transforming the pit into a group hug (d'aw!) -- appear below.