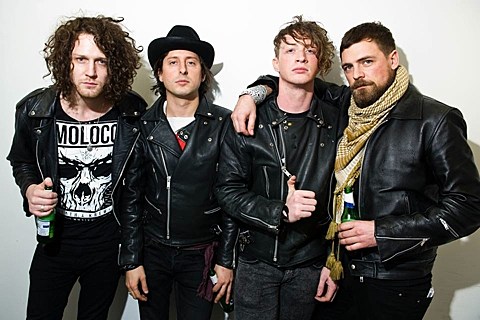 Libertine Carl Barât and his new band The Jacks were supposed to tour North America in March, but unfortunately everything except SXSW has been cancelled. They write:

It's with a very heavy heart that me and the boys have to cancel our run of shows in North America. We were all looking forward to this, but alas the universe (and some impossible scheduling issues) have been against us this time. We'll still be out there for SXSW in Austin and will see the rest of you hopefully very soon. X

The affected dates include the NYC show that would have been 3/30 at The Studio at Webster Hall. Bummer.