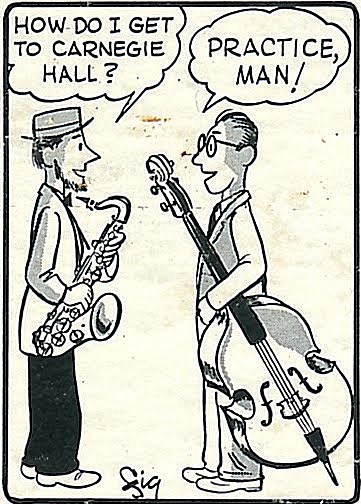 A union strike forced Carnegie Hall to cancel its Wednesday season-opening concert, which was slated to include violinist Joshua Bell, the Philadelphia Orchestra and bassist Esperanza Spalding.

In a statement, Carnegie Hall said the stagehands' union, Local One of the International Alliance of Theatrical Stage Employees, was seeking jurisdiction over the venue's new Education Wing, which could limit the work performed in the new space and jeopardize funding of the educational programs. The new wing is slated to open in fall 2014. [WSJ]

First the NYC Opera just flat out folds (right after the government shuts down), and now this! It's not a good time for fancy show going.

This concert has regrettably been cancelled due to a strike by Carnegie Hall's stagehands, represented by IATSE / Local One (International Alliance of Theatrical Stage Employees).

Carnegie Hall has been engaged in talks with its stagehands for some time, working toward a new contract. Our disagreement has been centered on future operations of our new Education Wing and issues related to union jurisdiction within these facilities, created within the building's upper floors to house Carnegie Hall's expanding music education and community programs.