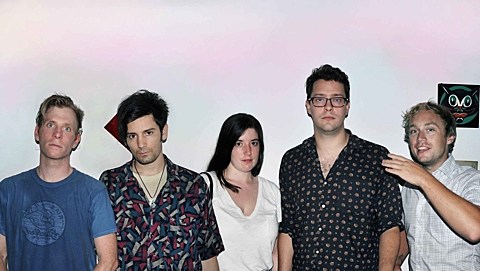 Carnivores are a garage rock band from Atlanta, and they've already got the ins with the big hitters in the ATL garage rock scene, including Black Lips -- whose frontman Cole Alexander sings on "Sinking In Your Automobile" from their newest record, Second Impulse -- and Deerhunter -- whose singer Bradford Cox appears on their non-album track, "Pillow Talk" (MP3 above) and whose former bassist Josh Fauver released their record on his Army of Bad Luck label. The band have just given a trippy video treatment to the Cole Alexander collaboration, and that video makes its premiere in this post. Check it out, along with a stream of the full album and the track with Bradford Cox, below.

Carnivores also have a few shows coming up, and one of those happens in NYC at Shea Stadium on Halloween (10/31), and in Halloween cover show spirit, they'll be playing songs by The B-52s (but probably mostly songs from their own new album). Rounding out the lineup is three solid local bands also playing songs by other bands, Ava Luna (Tom Tom Club), Caged Animals (The Velvet Underground) and Bueno (Wu-Tang Clan). Admission is $8 with a costume and $10 without. Flyer below.

All dates are listed, along with the video and streams, below... 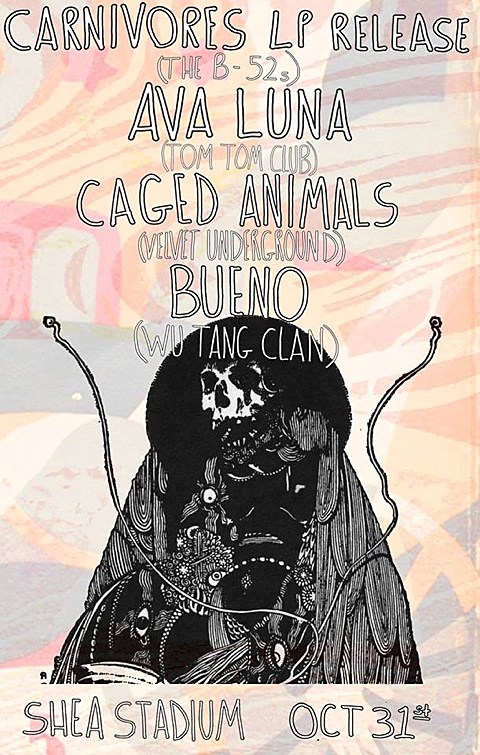