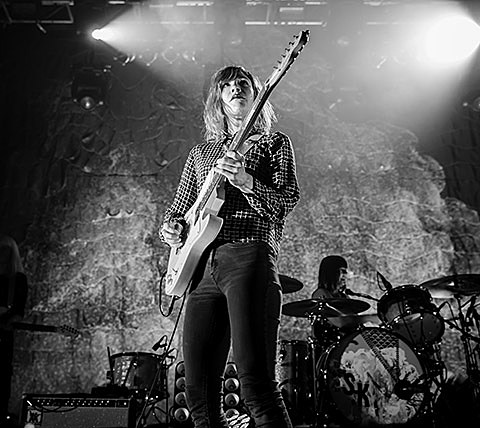 Carrie Brownstein has briefly mentioned she had written a memoir before, and now it has a title, Hunger Makes Me a Modern Girl, and a release date: October 27, 2015. Penguin Publishing describes it as a " deeply personal look at life in rock and roll" and...:

intimately [capturing] what it feels like to be a young woman in a rock-and-roll band, from her days at the dawn of the underground feminist punk-rock movement that would define music and pop culture in the 1990s through today."

It will cover her earlier days in music but, unfortunately, "today" ends right around 2006 when Sleater-Kinney went on hiatus. Hunger Makes Me a Modern Girl is available for pre-order now.

In other Carrie news, the always funny Portlandia, which just wrapped up its current season last week, just got renewed for two more seasons. Carrie was just in NYC with Janet and Corin for two sold-out Sleater-Kinney shows at Terminal 5.