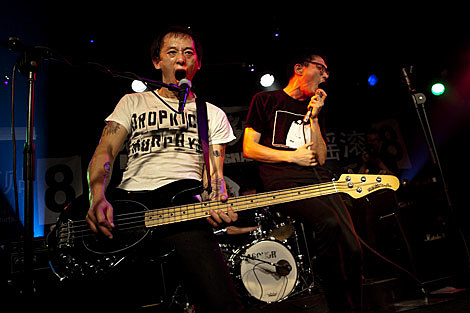 You may remember about a month ago the Sing for China tour brought three Beijing indie rock bands to America for a rare visit. Now once again we're set to welcome three more groups from China, perhaps three of the most exciting underground bands in Beijing -- Carsick Cars, PK-14, and Xiao He -- to American soil. All three bands are signed to Maybe Mars, the most well-respected indie label in China.

The new tour was put together in part by NYC's Zachary Mexico, whose new book China Underground is a firsthand look at China's emerging youth and alternative culture. Zachary says, "It's challenging for Chinese underground bands to come perform in America. There are many obstacles: the high cost of trans-Pacific transportation, the byzantine visa application process, and the difficulty of securing venues in markets where people haven't heard of your music."

Those hurdles have been cleared, and The Chinese Underground Invasion tour begins with a performance on Thursday evening (11/5) at the PowerHouse Arena for the release party of Matthew Niederhauser's book of Beijing rock photos, Sound Kapital.

Carsick Cars, PK-14, and Xiao He will also perform at Glasslands on Friday (11/6) with These are Powers and Soft Circle, and then at Santos Party House with Antimagic on Saturday (11/7). Then they'll hit the road for a couple weeks before returning for shows at the Ding Dong Lounge (11/20) and Monster Island Basement (11/21).

All dates, videos, more pictures, and bio information on the three bands, below... 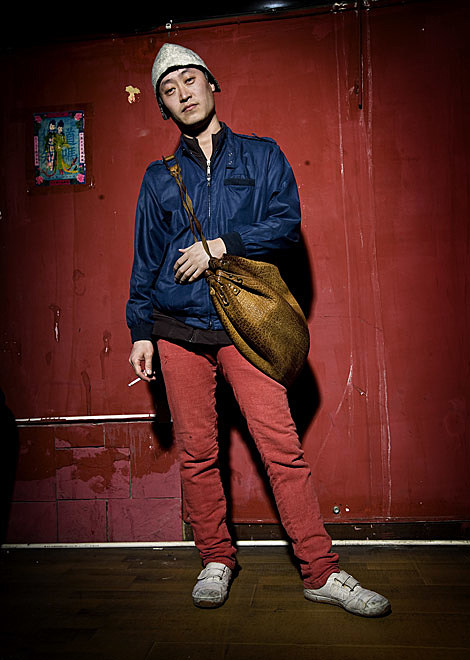 One of the most widely admired bands in Beijing's underground, Carsick Cars have played major festivals and concerts in China and abroad with the likes of Sonic Youth, Dinosaur Jr., Ex Models and These Are Powers. Employing the ferocious aural attack of one of China's most brilliant guitarists and composers, Shouwang, they tear through their beautifully crafted songs in a thrilling but almost religious orgy of violence. Carsick Cars, whose "Zhong nan hai" is considered the anthem of Chinese countercultural youth, just released their second CD this summer, which was produced by Wharton Tiers, who also produced CDs for Sonic Youth, Glenn Branca, and Dinosaur Jr.

Ask any of the younger bands about their influences and it is pretty obvious that P.K.14 has had the biggest impact of any local band on the growing Beijing scene. However, their artistic intensity and the care with which they write their songs do not keep them from completely rocking out, and their shows in China and abroad regularly receive critical acclaim. Often referred to as China's best underground band, P.K.14, more than any other band, set the stage for the Beijing musical explosion.

In recent years Xiao He started reaching deep into the surreal folk traditions of a fast-disappearing China in much the same way Tom Waits immersed himself in the apocalyptic Christian mythologies of the American Deep South. With his combination of southern Chinese mysticism and Beijing gruff he has created a strange, stirring vision of a 19th-century China crashing violently into a 21st-century China of boiling rivers and crumbling factories. Xiao He has released many CDs over the years but continues to astonish audiences, including one recently at the Barbican in London, with his progressively eclectic sound that draws upon traditional instrumentation and vocal arrangements looped within his live performances. 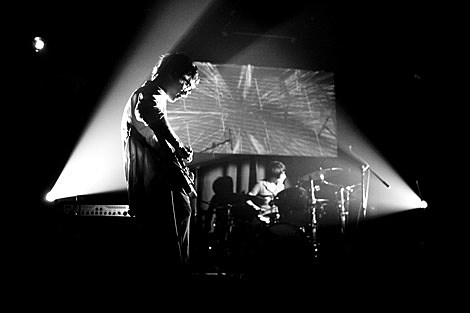