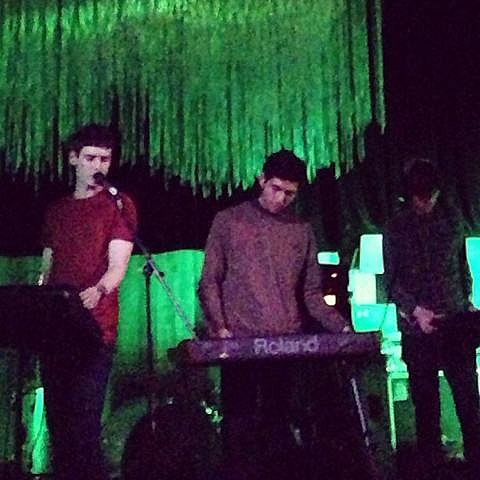 Cascading Slopes is a new project from Jacob Graham of The Drums. Unlike his other band, this is 100% synthesiser-based music. His debut album, Towards a Quaker View of Synthesizers, is out soon and "took two years to complete from its inception and was made using strictly voltage-controlled instruments." Jacob has been keeping a synth blog, Mild Slopes, for some time now. While no tracks from the album have been released yet, you can stream a portion of non-LP track, "Other Worlds," below.

The band made their live debut last week (1/31) at Cameo with Leverage Models. If you missed it, New York has a few chances to see them as the'll start a February residency at Pianos on 2/13 that will continue for the two following wednesdays (2/20, 2/27). All three nights also feature Ludwig Persick, and the 2/13 show also has TV Baby and Club Girls. Then the 2/20 show also has The Drowners and King Holiday, and then the final night of the residency has El Sportivo & the Blooz, Rumors and Twin Wave. Advance tickets for all three nights are on sale now.

A flyer for the Pianos residency and a video trailer are below. 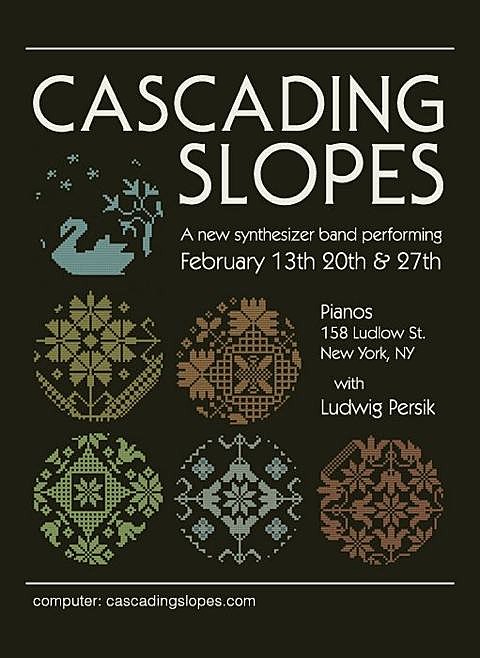