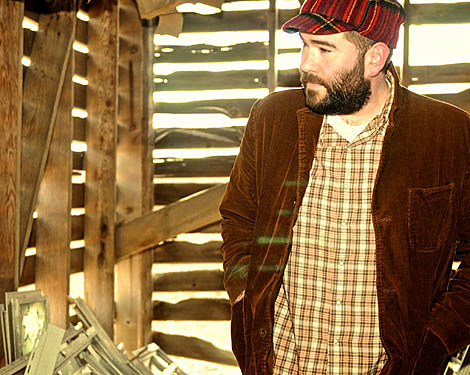 Owen Ashworth, the man behind Casiotone For The Painfully Alone, will bring a full band along with him on tour this April and May. His supporting crew will include members of tour opener Magical Beautiful and 'wonderdrummer' Nick Tamburro of The Dead Science. The tour comes to NYC to play an early show on Tuesday, April 27th at Mercury Lounge. Tickets are on sale now.

Casiotone put out two full-length records last year: Advance Base Battery Life, a singles & compilation tracks disc that collects songs from 2004-2007, and his fifth LP, VS. Children, both of which came out on Tomlab. One song from each album ("vs." is from VS.) is posted above.

A video interview with Owen and all tour dates are below...