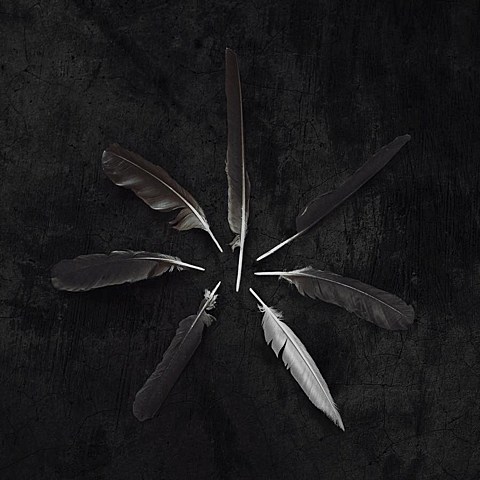 Massachusetts post-rockers Caspian will release their new album, Dust and Disquiet, on September 25 via Triple Crown (pre-order). The album's first single is "Sad Heart of Mine," which has Caspian's soaring buildup-climax-release formula sounding great as ever. Listen and check out the tracklist below. That's the artwork, designed by Jordan Butcher, above.

The band will support the album on a tour with experimental post-hardcore band Circle Takes the Square, which is a killer double bill. Eardrums will be blown, and jaws will be dropped.

The tour hits NYC on September 19 at Rough Trade. Tickets for that show go on sale Friday (7/3) at noon with an AmEx presale starting Wednesday (7/1) at noon.

Circle Takes the Square's last album was 2012's Decompositions: Volume Number One, the long-awaited followup to their 2004 debut, As the Roots Undo. Stream it in full, with the new Caspian song and list of tour dates, below...

Caspian - "Sad Heart of Mine"