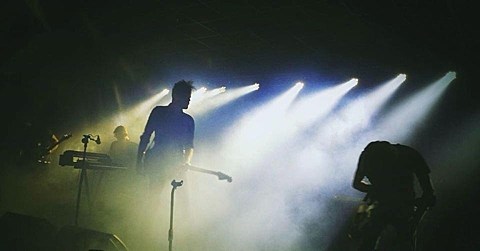 Back in June, Caspian gave us "Sad Heart of Mine" off their upcoming Dust and Disquiet (due 9/25 via Triple Crown), and now they put out another, "Darkfield." It's not too far removed from the Caspian we know and love, but it's definitely got its surprises. It starts out with atmosphere and sputtering rhythms that could work in a Massive Attack song, but by the end they've gone fully into Isis-worthy sludge. Check it out below.

The band's tour with post-hardcore spazzes Circle Takes the Square (an amazing double bill) hits NYC on September 19 at Rough Trade. Tickets for that show are still available.