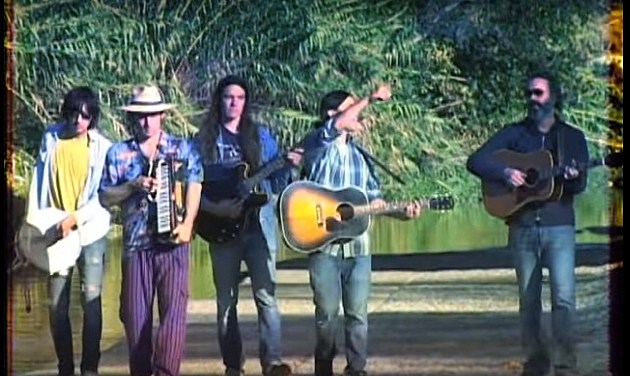 Cass McCombs' new band The Skiffle Players, with members of Beachwood Sparks, Phil Lesh's band and more, have released another song off their upcoming debut album Skifflin'. "Always" is hazy, laid-back psychedelia, perfect for a Sunday morning in spring (though it sounds just fine on this Thursday in winter too). It's got a well-matched video with clips of the band walking around and performing, blurred by the glare of the sun. The whole thing is very '60s-inspired. Check it out below (via Relix).

Skifflin' is due out next week (2/12) via Spiritual Pajamas, and you can pre-order it here.