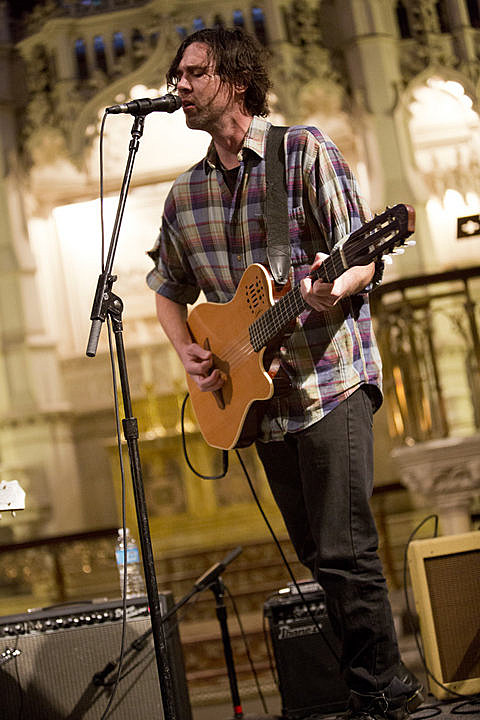 As you may know, there's no lack of events going on all over the country this year in celebration of The Grateful Dead's 50th anniversary. One of those is "Brooklyn Is Dead," Alex Bleeker and the Freaks' tribute show on February 10 at Brooklyn Bowl, and since we last posted, the lineup for that got way more impressive. It now also includes Cass McCombs, Darkside's Dave Harrington, Darkside collaborator Will Epstein, Woods' Jarvis Taveniere, and Patti Smith Group's Lenny Kaye. Tickets for that show, which also celebrates Relix's 40th anniversary, are still available. Flyer below.

In other news related to The Grateful Dead, drummers Mickey Hart and Bill Kreutzmann have announced that they'll team up ahead of the Grateful Dead shows for a collaborative set with The Disco Biscuits (which they also did at Gathering of the Vibes 2014) on April 17 at Red Rocks Amphitheatre.

And right before Phil Lesh's 75th birthday shows at Capitol Theatre (two of which are still on sale), Warren Haynes (who's joining Phil for those shows) will play the Cap with his own band Gov't Mule, joined by special guest (and past Phil Lesh collaborator) John Scofield on March 13 & 14. Tickets for those shows are on sale now.

Lastly, two days after the "Brooklyn Is Dead" show, Dave Harrington plays his own Brooklyn show on February 12 at Shea Stadium with Sam Cohen, Shark? and Kinsey. 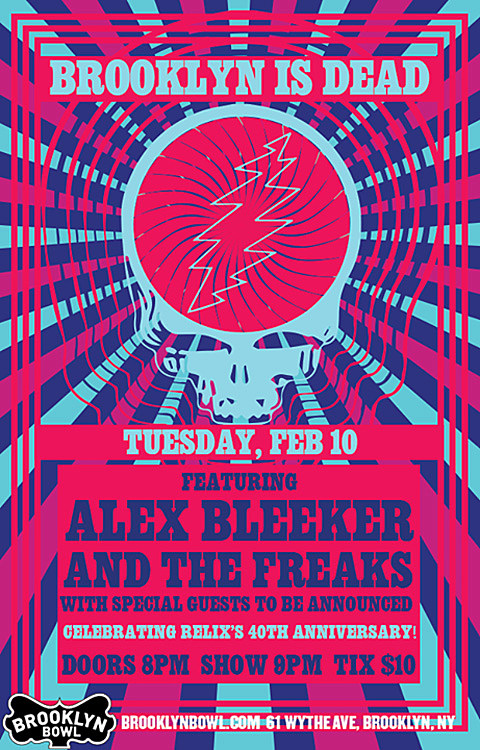