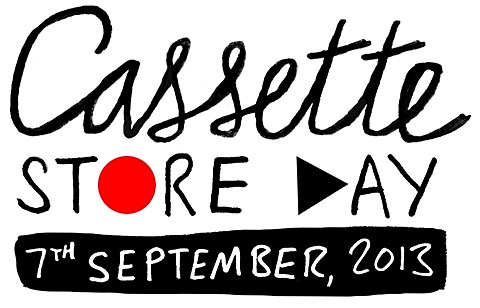 Record Store Day has been going strong since its inception in 2008, giving hipsters, record collectors and even regular people a full day to indulge in the nostalgic album format. But as even some Record Store Day releases have proved, vinyl isn't the only past format that has made a comeback in recent years; cassettes have too -- because lo-fi fans need their albums sounding just a little more lo-fi (or it's the only way their '89 Honda Accords play music). And in honor of those cassette fans, this September 7 will be the first-ever -- wait for it -- Cassette Store Day. A description reads:

No longer the inadequate, younger sibling of Vinyl and CD, the humble Cassette has been making a resurgence of late. Proving that cassette tapes are not just for those of us who remember buying Nirvana's 'Nevermind' with birthday money, or making lovingly compiled mixtapes for the object of our teenage affections. International Cassette Store Day 2013 is a celebration of a physical product that is accessible, fun, cheap and still going strong in the turbulent current musical climate.

This event sees limited releases from its organisers -- SEXBEAT (Fucked Up), Kissability (tbc), and Suplex Cassettes (Fair Ohs, Proper Ornaments); as well as classic albums reissued in this fun format by Transgressive (At the Drive-In, Pulled Apart By Horses), Bella Union (The Flaming Lips), Domino (The Pastels), 4AD (Deerhunter), Wichita Recordings (Hard Skin), Burger Records and many more. Other labels involved spreading the Cassette love with limited releases are Jade Tree, Mirror Universe, Reeks of Effort, Art is Hard, Faux Discx, and Tie Dye Tapes and more to be confirmed.

In addition to its London Launch (which features live performances and DJ sets instore), there will also be similar events run in record stores in Los Angeles, New York, and Tokyo amongst other UK, US, and EU cities.

The specific stores that will be involved will be announced next week. Stay tuned for that and more info on other CSD events and specific releases.