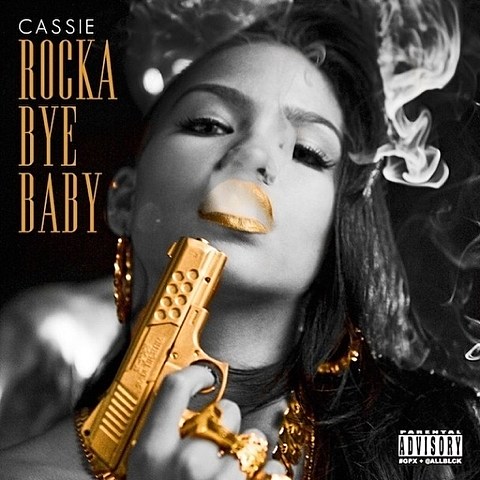 Though the attention being paid to futuristic R&B has been more prevalent than ever in the past two years, it's also been interesting to look back on the ways the sound did exist in years prior. And even more exciting to see some of those artists making comebacks. Miguel's Kaleidoscope Dream was one of last year's better albums, but I'd be lying if I said it didn't tempt me to dust off my copy of FutureSex/LoveSounds. And only a few months after doing that? Boom: The 20/20 Experience. Another thing I went back to last year was Cassie's only album -- her 2006 self titled debut -- specifically it's opening track/huge hit, "Me & U." The thick bass and airy vocals of that track are way more similar to the post-Weeknd world of R&B than I remembered, and it more than holds up.

Cassie had been dropping some singles here and there since her '06 album, but almost seven years later, there was still no sign of another full length release. However, like JT did in March, Cassie ended her lengthy absence last week with the release of her free mixtape, RockaByeBaby. It might be "just a mixtape" (whatever that really means at this point anyway), but RockaByeBaby serves as a worthy followup to Cassie, and as a whole release, it might even be better. The album is stacked with guest appearances (Jeremih, Pusha T, Fabolous, Meek Mill, Too $hort, and others) and the producers are no slackers here either (Mike Will Made It, Young Chop, and more), but it's not over-saturated with guests. Even the verses from some of the weaker rappers (Wiz Khalifa) work pretty well here. And some of the samples used are noticeably big songs (Kendrick Lamar's "m.A.A.d City," Tyga's "Do My Dance"), which can be a turnoff, but she uses them well.

Overall, the thing really feels like an album. Too often with mixtapes I find myself filtering through 20-something songs for the 10 good ones, but RockaByeBaby has no fat to trim. Its 13 tracks (12, not including the intro) clock in at 37 minutes, and they're all strong. The collaboration with Jeremih, "Sound of Love," is an early standout, with both singers bouncing off of each other really nicely. A little surprisingly, Fabolous' guest verse on "I Love It" is actually one of the most memorable moments of the album. And the chorus of "Paradise" (with its "pair of dice" pun) is one you'll find yourself humming after the album ends.

Download RockaByeBaby for free over at DatPiff and stream it in its entirety below...